In 1986, I was the Air France Representative at Boeing. My office was in Renton, 10-60 Building. At the beginning of October 1986, Boeing informed me that our next 737-200, line number 1397, serial number 23792, should be delivered during the month of June 1987 to Air France. Also beginning of October, my wife gave me the great news that she was pregnant of our second child. A quick calculation made me think that the month of June would be busy.

As usual, the aircraft's delivery date became more accurate over time, to probably June 12 or 13. Meanwhile, my wife and I had come to the conclusion that our child would not be born before June 15.

On Saturday, June 13, I headed early to Boeing Field to take delivery of the airplane. At noon, all the papers had been signed and our new 737, registered F-GBYP, took off for France. I was sending by telex all the information required to Air France headquarters, when a lady appeared at the door: "Are you the French having a delivery today?"

I answered: "Yes, it's done. Yankee Papa is gone.

But the lady said: "No, no, sir. Hurry up or you are going to miss the delivery! You wife is at Overlake Hospital."

I rushed to the hospital and arrived just in time for the second delivery of June 13,1987: a boy. I did not dare to call him "Yankee Papa:" Just Sebastien. 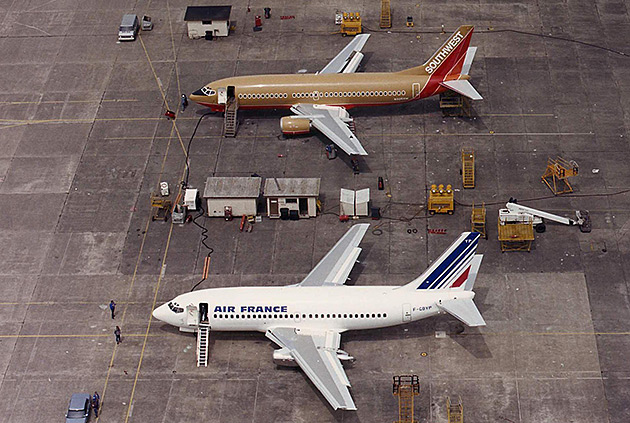