In 1979, shortly after high school graduation, I was accepted by Boeing to attend a drafting class, which I hoped would lead to employment by Boeing. I had hopes of pursuing an engineering degree in my off hours, and I thought a draftsman job would be a good fit for me.

Just days before the class was scheduled to start, though, Boeing called me to say they had lost a contract and were no longer planning on offering the drafting course. I was devastated and asked if there were any other opportunities for training, since I had already quit a job and dropped out of school in order to attend the drafting class.

They offered to send me to riveting school. I accepted, after asking, "Do girls do that sort of work?" You see, I had not yet heard the story of Rosie the Riveter!

Eventually, I left Boeing to attend Airframe and Powerplant (A&P) school at South Seattle Community College. After working as an A&P at a couple of airlines, I ended up back at Boeing, as a flight-test mechanic on the 747-400 airplane in 1989.

I left Boeing again, but eventually ended up back here in 2005, as a maintenance training developer/instructor on the 787 program, where I stayed for 10 years. I recently moved over to the 737 MAX Maintenance Training group. 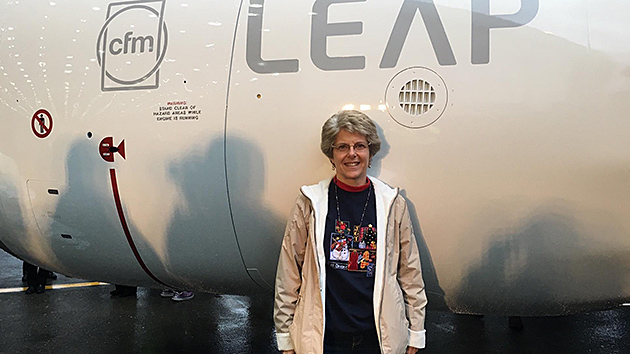