My story and love affair with Boeing started when I was a little child aged about 3. My dad, who is a Kenyan diplomat, was sent to Somalia on assignment, and this was my first time on board an aircraft.

As with every child, I was very curious about how a plane flies, and my dad dreaded and still does dread flying. So there I was on the window seat looking down at the clouds and asking my dad what would happen if we crashed and if the clouds would hold us, and as I was irritating him with my questions, a voice came on the cabin speaker, and it was the captain making his in-flight brief.

Then came my next question -- Who's that? And, Dad, are you also going to talk?

My dad by this point just wanted to sip on his whiskey and forget he was flying, so he suggested to take me to the flight deck, where I could address all my questions. It so happened that the whiskey got the better of him and he left me at the flight deck a bit too long.

Back then the B727 was a revolutionary plane and with all its dials and lights and manual controls, I was so amazed I decided then that, when I grow up, I want to become a pilot. And it so happened that I did, and now I'm left with a last dream, which would be to fly one!!! God bless aviators and God bless BOEING. 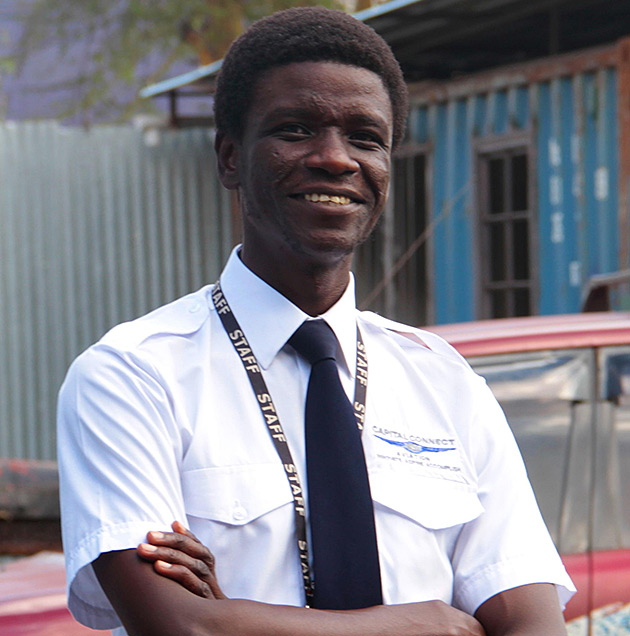 Cliff Obara as head of administration at a flight school at Wilson airport, Nairobi, Kenya.