I'm a second-generation Boeing pilot. My earliest Boeing memory is of Dad taking me to Carswell Air Force Base in Fort Worth, Texas, in the mid-1960s to see "his" airplane, the KC-135 he flew as a pilot with the 7th Air Refueling Squadron. I remember climbing the ladder through the hatch, sitting in the pilot seat and lying in the boom operator's position. That experience when I was about 5 years old sealed my interest in aviation.

Through my adolescent years, in addition to great authors like Ernest K. Gann and Antoine de Saint-Exupéry, I avidly read through Dad's manuals for the KC-97, KC-135, and B-720, 727 and 737. I started flying in high school, earned my license on my 17th birthday and flight-instructed through college.

In 1995 I was finally able to become a Boeing pilot myself, starting my line-flying career in the 737 the day after Dad retired from a 27-year career with Western and Delta airlines. He gave me his Jeppesen binder, which I used another 20 years until it was made obsolete by the iPad last year. I'm proudly continuing the Boeing (and family) tradition as a 737 captain for a major U.S. airline. 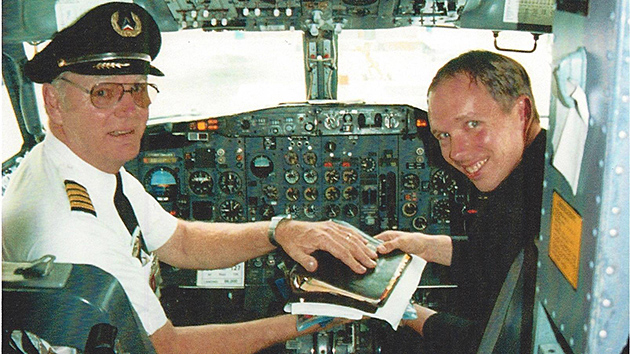