I remember taking my first flight on a Boeing 707. The airline was the now-defunct TWA. It was love at first flight.

Now here I am in 2016, having flown thousands of times and still loving every moment of the experience. Until recently I had flown every Boeing jet aircraft except the new 787. Not having flown that model is now a thing of history. On June 10, 2016, I took my first flight on the 787 from Houston to Denver and loved every moment.

Later I flew to Seattle on a 757 and 737 to see the Boeing plant for the first time. How appropriate to experience the place they make these wonderful airplanes on the 100th anniversary year of the company. To all of the people who make Boeing what it is, you have my respect. Other companies will come and go, but you will always be the aerospace pioneer. Thank you for enhancing my life with the wonder of flight. 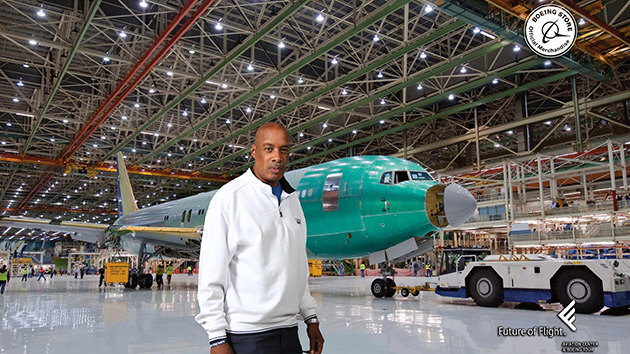 Kenneth Hordge at the Future of Flight Aviation Center and Boeing Tour, June 2016.