When I was around 3, I boarded an airplane for the first time. It was a Boeing 737 operated by a Chinese airline. My father was with me and we were on a trip to Southern China.

I was given a window seat, which would be my preferred seat for the following two decades. Attaching my face to the window, I got more and more excited as the airplane was being pushed back and taxied to the holding point. I remembered the stripes on the runway as our plane taxied onto it. I asked my father whether those stripes were car lanes, and he told me we were now on a runway. Then the engine spooled up and seconds later, our plane left the ground. At that time, flying was like a magic for me, a way of transporting people above the clouds.

For years, flying remained to be only a magic, a transportation for me. However, when I was around 8, I was exposed to a game called Microsoft Flight Simulator. I learned the basics of flying and I loved flying Boeing 777-200 and 747-400 on my laptop. The cockpit views of those Boeing airplanes surprised me. The neat panels and colorful displays in great contrast with passengers' view attracted a young elementary schooler to go deeper into aviation.

As I became familiar with aviation through simulation games, I further appreciated The Boeing Company as a pioneer in aviation and an emblem of modern engineering. The designs of Boeing airliners are highly acclaimed as simple, durable and dependable. Boeing 747, known as the "Queen of the Skies," became my favorite airplane. The iconic two-deck arrangement with the cockpit on the upper deck has become a fashion.

I had the chance of visiting Paine Field in 2013. The staffs greeted us with such deep love of Boeing, of aviation. I kept holding back my nerve when we were briefed about touring the plant. We were told that the plant was built for manufacturing 747 and is larger than a Disneyland. It even has its own climate! Standing on a platform towering the plant, the factory itself became an airplane -- wiress connecting different assembly sites, fuel tanks feeding the staffs, Airpac ventilating the plant.

I'm now planning to learn flying, though the time and money spent training is intimidating for an international undergrad in the U.S. I'm still hoping that one day, I'll be in the left seat of Boeing's brand-new 747-8. 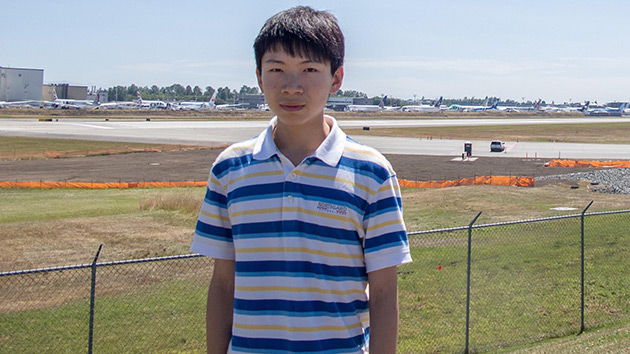