I worked for Rockwell International, now Boeing, on the first Space Shuttle Orbiter Vehicle, Columbia, at Cape Canaveral, Fla. What a thrill it was to see the first launch from the viewing stand, anxiously wait for the first landing, and then walk under the wings to look up and see a faint rainbow-colored sheen over the black tiles when Columbia came back from its maiden voyage.

To meet manufacturing schedule deadlines, Columbia (OV-102) was shipped from Palmdale, Calif., to the Cape, where final Thermal Protection System installation work had to be completed. Once that work was finished, black-and-white Columbia was sent to one of the Cape's Orbiter Processing facilities to be mated vertically with two white external tanks and a white solid rocket booster.

Then, as a complete Shuttle Transport System, STS-1 was rolled out on the mobile launch carrier to a Kennedy Space Center launch pad for Firing Readiness Testing and other operations required prior to launch of the first USA manned space shuttle mission in March 1981. At night from a distance, you could see STS-1 on the launch pad where huge spotlights made it look like a spectacular white, regal, precious gem.

Years later, in California watching TV, I saw the demise of beautiful Columbia on almost the same anniversary date as the Challenger tragedy. I was devastated when we lost the Columbia because in my heart, Columbia was my own special starship. 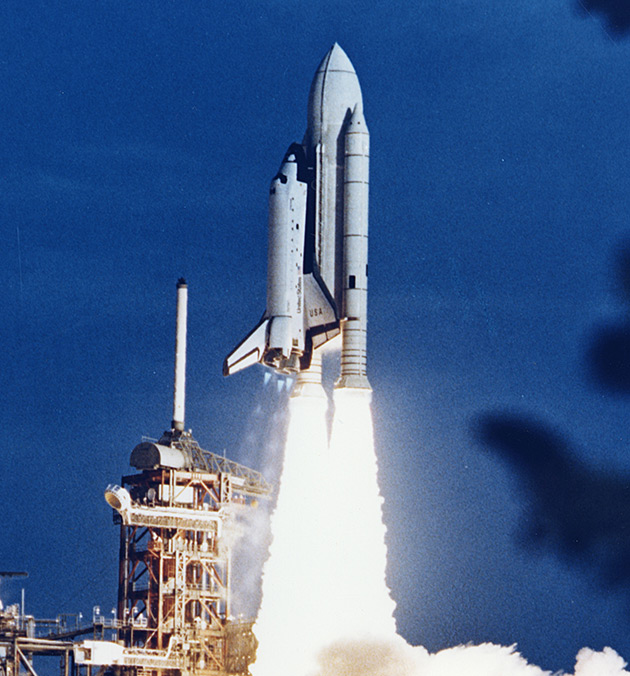