It was about 1996 -- wow, 20 years ago. I was so nervous. I was a child when I was on an airplane for the first time -- Mexicana de Aviacion, from Mexico City to Huatulco. I always said that I would use a parachute before getting on a plane. Then, without a parachute, I had my first experience. So nervous but... it was also wonderful.

After that flight, I became an enthusiast. I started building scale models, drawings. Then I wanted to fly more and more. There were no holidays without flying -- then it became my passion. I started working in airlines, airports, airplanes and with passengers. It was wonderful, all of this because my first experience, flying on a Boeing 727-200. It's now my favorite model.

I flew on a lot of 727s, but also 737s. In fact, I learned that planes have a reverse thrust when I was a child flying on a 737-200 (Magnicharters). I also fell in love with 757-200 with Mexicana and American. Then a 767, Mexicana from Mexico City to Buenos Aires. So special -- it was my first flight alone, and abroad! And the 777 with Emirates, with that lovely engine sound!

Congratulations, Boeing, because you made me an aviation enthusiast, worker, and world traveler! 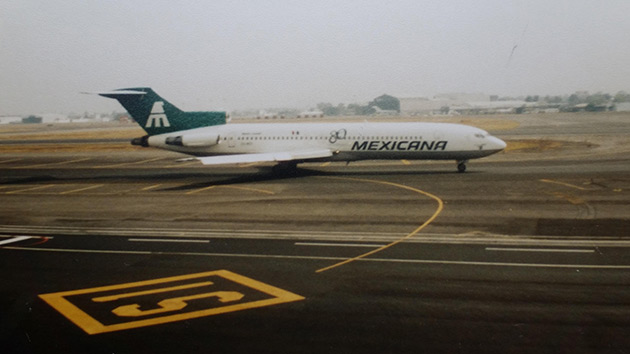