The year 2016 marks the 100th anniversary of The Boeing Company, and the 25th anniversary for me flying Boeing airliners consecutively since leaving the Canadian Air Force. I have been blessed to fly the 757, 767, now the Next-Generation 737 and soon the 737 MAX.

Just as important as the great airliners Boeing designs, builds and and supports, working alongside Boeing colleagues in FLOE (Flight Operations Engineering), Commercial Aviation Services and Flight Operations has been even more enriching. I have made lifelong friends along the way, both with Boeing employees and my airline brethren from other airlines at the Flight Ops symposiums throughout the years. Successful airlines also take a village!

Now that I am that mature, silver-haired captain type that I used to think I would never become, as the sunset of my career is in the horizon, I want to thank the entire Boeing team for great airplanes and great camaraderie. You are all very special to me and my family! Congrats, Boeing, on 100 magnificent years. Bravo Zulu! 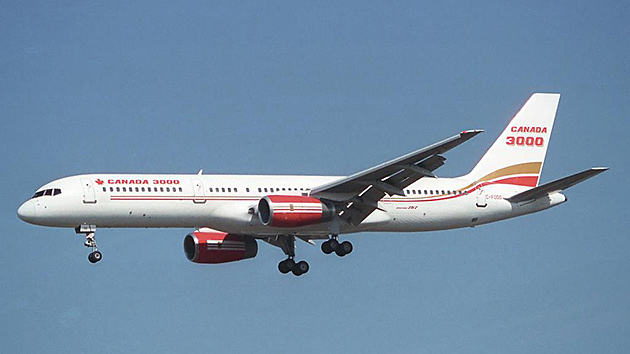 My first Boeing jet! I started out on a 757 operated by this same airline, Canada 3000.