In the early 1930s, my dad won an essay contest sponsored by the Boeing School of Aeronautics, which paid for his commercial pilot's license. He graduated in 1937 and was hired by United as a copilot on a Boeing 247. He retired in 1973 as captain on the 747.

I followed him into the airline world, spending almost a decade flying the 767. Although I am not currently on Boeing equipment, I expect my son (who is aiming for a piloting career) to fly Boeing, too, keeping the family connection going to the century mark and beyond. 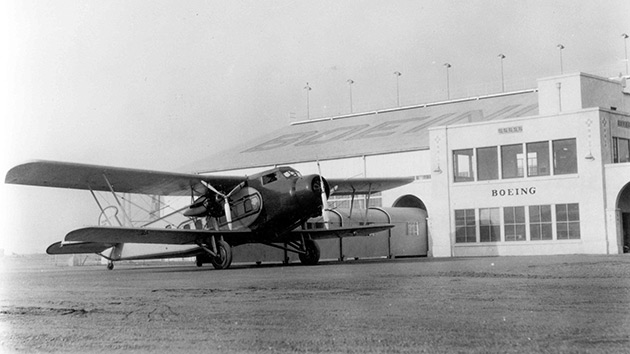 A Boeing Model 80A sits outside the Boeing School of Aeronautics, which operated from a terminal in Oakland, Calif.