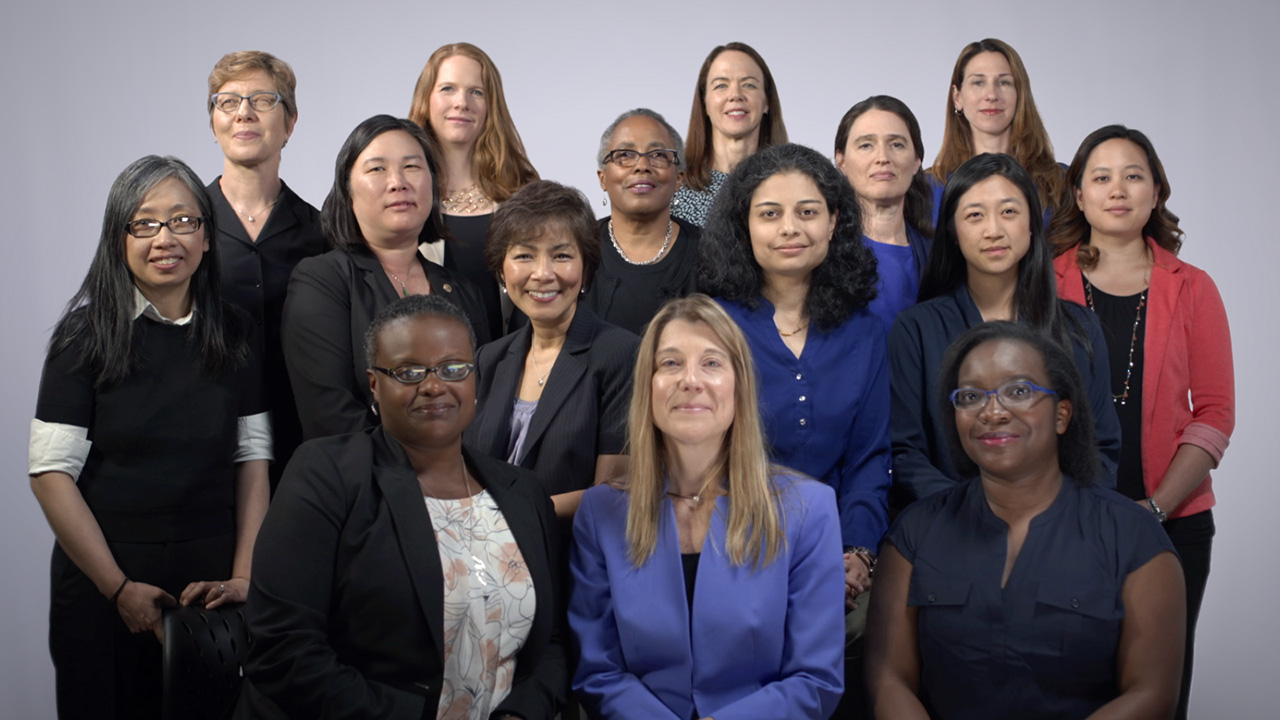 We are dedicated to increasing the number of women in STEM careers worldwide. Join the conversation about women's empowerment. #WomenMakeUsBetter

Our Commitment to Women In STEM

At Boeing, we are dedicated to addressing the need for more women to pursue careers in Science, Technology, Engineering and Mathematics (STEM). Women have played an important role in the history of Boeing.  At the company’s inception in 1916, founder William Boeing hired seamstress Rosie Farrar to stitch together linen wings for the early B & W seaplanes. Just two years later, Helen Holcombe joined Boeing as the first woman in the engineering department.

In 2018, Boeing and The Boeing Charitable Trust partnered with more than 140 STEM organizations and contributed over $19 million toward community initiatives that helped inspire an estimated 630,000 young women in STEM.

As a result of U.S. tax reform, Boeing contributed an additional $16 million toward community initiatives that helped inspire young women in STEM — a total of more than $36 million in 2018.

Over the past seven years, Boeing has contributed nearly $140 million toward community initiatives that have had a positive impact on nearly 5 million young women and girls around the world.

Read what our current engineers are doing at Boeing.

Learn more about Engineering at Boeing

Our commitment to empowering women within our company is part of our larger strategy to attract and retain the best, diverse talent across our enterprise. Within the company, woman innovators find a community of like-minded individuals through the Boeing Women in Leadership Association and mentorship opportunities, as well as through the company’s engagement in professional associations, including:

For more than three decades, our leaders have served on the Corporate Partnership Council. We’ve supported Tech Team Competition, the annual conference, as well as mentoring and networking events, among others. Today, more than 1,150 Boeing engineers are SWE members.

We’re proud supporters of the National Society of Black Engineers. Since its inception in 1975, our leaders have served on the NSBE Board of Corporate Affiliates. We ranked number two on the 2016 NSBE 50 Annual Employer Preference Survey and ranked number one for many years. Learn more.

We helped establish WAI in 1994 and continue to be involved as corporate affiliate and sponsor of the annual conference. Four Boeing trailblazers have been inducted into the WAI Pioneer Hall of Fame and we offer a variety of scholarships to encourage women to pursue careers in aviation.

Women of Color in STEM (WOC)

Since its inception in 1995, we’ve sponsored the WOC annual conference and Girls in STEM initiative, and participated in annual professional mentoring and K-12 outreach programs.

Learn more about our culture of diversity and inclusion

Through a companywide commitment to programs aimed at attracting and retaining female talent, and with community investments designed to educate and inspire the next generation of women scientists and engineers, Boeing is taking steps to encourage women to pursue Science, Technology, Engineering and Mathematics (STEM) careers. 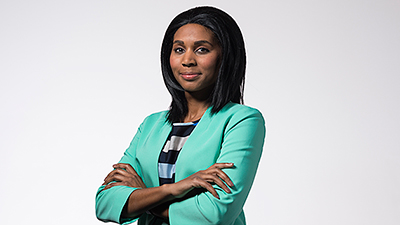 For this Engineer, 'Wing Woman' is just the Beginning

Boeing engineer Sydney Hamilton knew from an early age that she wanted to fly, and her interest in math and science got her there. 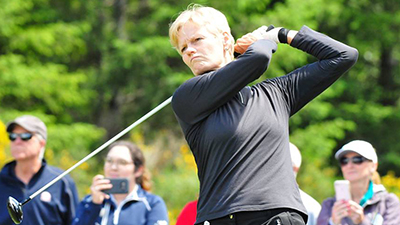 On course to strengthen the community. 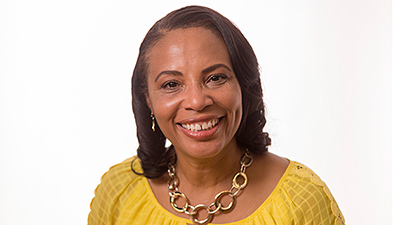 Air Force veteran Nicole Canada can personally attest to Boeing’s efforts to seek the expertise and skills that vets can bring to the company. 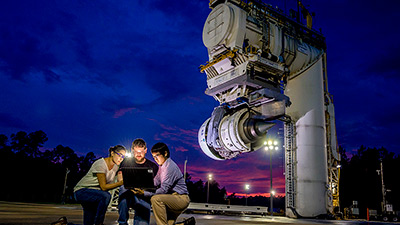 A company-wide team recently completed testing of a Boeing designed and built short inlet on a Rolls-Royce Trent 1000 engine. 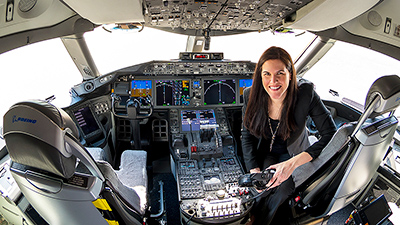 Believin' on a Jet Plane, to Test Cleaner Technologies

Technology that can help produce cleaner, quieter aircraft gets its first flight on ecoDemonstrator testbed airplanes. 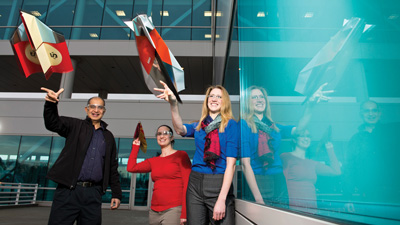 The Art of Flight 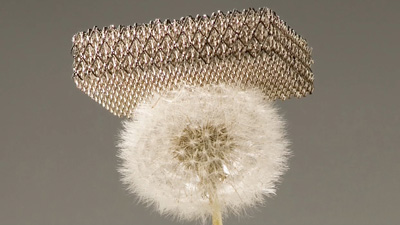 The Lightest Metal Ever

At 99.99 percent air, microlattice is light enough to balance on top of a dandelion, while its structure makes it strong. 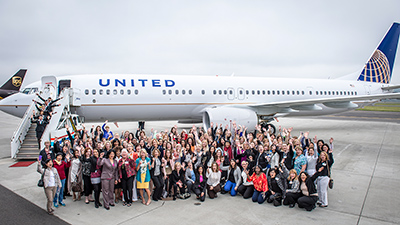 From the flight deck to the boardroom, these women are paving the way for the next generation of leaders. 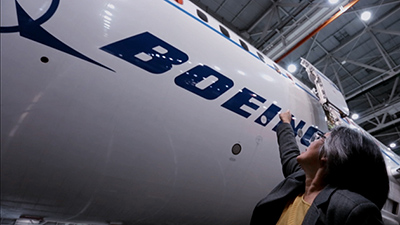 Big Data For a Better Planet

Boeing and Saab made noise – and history – when they proved that the Small Diameter Bomb I, originally developed for use by aircraft, can be adapted for launch from a ground artillery system. 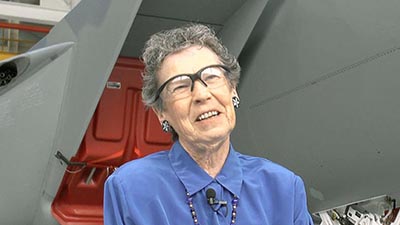 Boeing design and flight test engineer Nelda Lee reflects on becoming the first woman to record flying time in an F-15, inspiring a new generation of women in aerospace. 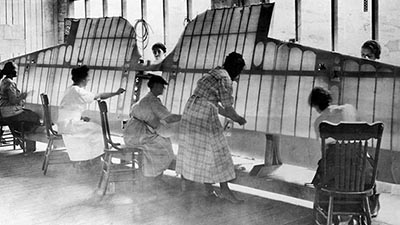 Trailblazers: Honoring the Women of Boeing

Seven pioneering women at Boeing and its heritage companies gathered in Everett, Wash., to celebrate the release of a new book, Trailblazers: The Women of The Boeing Company.

Women have played an important role in the history of The Boeing Company, beginning the year the company was founded in 1916 when seamstress Rosie Farrar was hired by William Boeing to stitch together linen wings for the early B & W seaplanes. In 1918, Helen Holcombe joined Boeing as the first woman in the engineering department.

Attracted by the challenges of aviation and the magic of flight, the trailblazers — female pioneers, aviators, engineers and executives — worked hand in hand with thousands of other dedicated employees to help make Boeing what it is today. Here are some of their milestones.

The full inspiring stories of these aviation pioneers, including personal interviews and rare archival photographs, are featured in the book “Trailblazers: The Women of The Boeing Company” (2014) by Betsy Case. 76 pp. Boeing Press.

Read the full stories of our female aviation pioneers below and join our team to create a story of your own.

Stay safe from recruitment fraud! The only way to apply for a position at Boeing is via our Careers website.
Learn how to protect yourself from recruitment fraud.
Boeing is an Equal Opportunity Employer. Employment decisions are made without regard to race, color, religion, national origin, gender, sexual orientation, gender identity, age, physical or mental disability, genetic factors, military/veteran status or other characteristics protected by law.
Request an Accommodation. Applicant Privacy. EEO is the Law Poster. Boeing Policy on EEO, Affirmative Action and Harassment.
Boeing participates in E-Verify. Details in English and Spanish.
Right to Work Statement in English and Spanish.