On March 27, 2014, All Nippon Airways (ANA) announced its plans to place the largest airplane order in its history. As part of this historic order, ANA selected 40 Boeing widebody airplanes, which included 20 of Boeing’s newest 777-9X airplane as well as six 777-300ERs. The airline also added 14 787-9 airplanes to its fleet, making ANA the world's largest operator of Boeing’s 787 Dreamliner with orders totaling 80. ANA, who was the launch customer for the 787 Dreamliner, was also the first airline to commercially operate the 787 in October 2011.

ANA and Boeing share a long and successful partnership that spans more than five decades and the airline has proudly operated an all-Boeing widebody fleet and will continue to do so with their selection of additional Boeing widebody airplanes. ANA plans to introduce these new airplanes to help meet growing demand of increasing passenger traffic heading into the next decade when it expects to host 20 million foreign visitors to Japan in the run-up to the 2020 Summer Olympics in Tokyo. 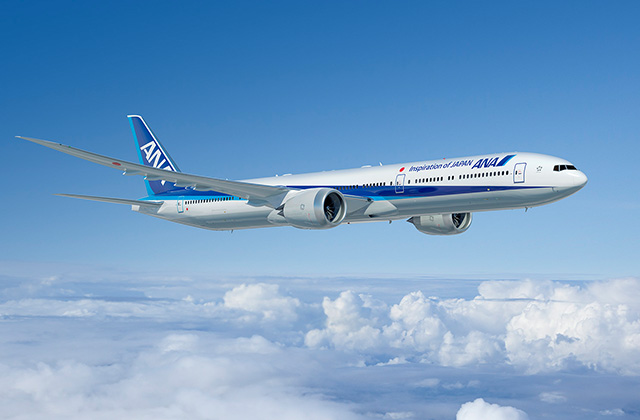