By the sheer size of its presence, Boeing has historically had a significant impact on the state of Washington, but a new report – available online – captures the scope and scale of the company’s diverse and far-reaching impact on the state where it was founded.

The report demonstrates that 2015 was a year of substantial progress and increased commitment for Boeing in Washington. The company invested more than $1 billion in infrastructure that will enable it to build the next generation of airplanes, ranging from the 777X and 737 MAX to the KC-46 Tanker in Washington state.

In addition, the company’s investments extended to several hundred community partners as well, with the intent of benefitting the men, women and children who live in the Puget Sound area. 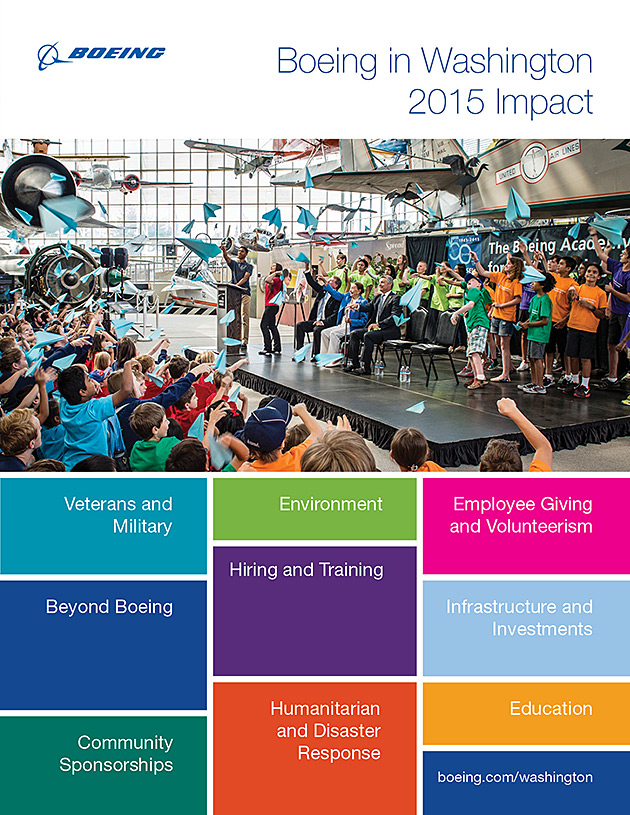 The Boeing in Washington 2015 Impact report