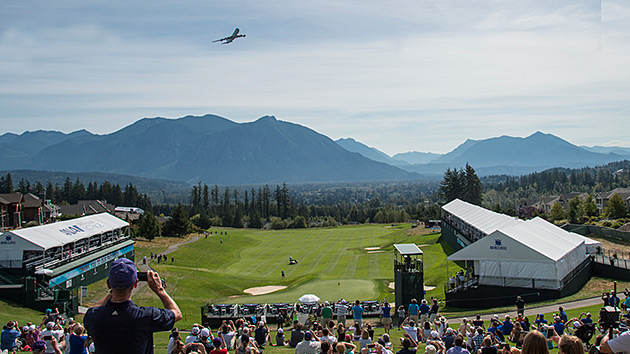 Spectator eyes and cell phones are to the sky during the flyover of the Korean Airlines 747-8 that marked the start of the Boeing Classic.

For the past twelve years, David Ray, a 737 Quality Assurance inspector, has taken a few days off of work at the end of summer to volunteer at the Boeing Classic tournament. He says it's something he looks forward to every year.

This year, more than 300 of the roughly 1,000 volunteers were Boeing employees or retirees at the tournament held at Tournament Players Course (TPC) Snoqualmie Ridge near Seattle. Some are members of the Boeing Employees Veterans Association (BEVA), who greeted members of the military at Sunday’s Military Appreciation Day.

Ray said he’s proud that his employer is the title sponsor of a tournament that has raised nearly $6 million over its 12-year history for the Benaroya Research Institute at Virginia Mason, a worldwide leader in autoimmune disease research, and other charities in Washington state.

“It puts our product out there; we’re the hometown team, and we should be doing things like this,” Ray said. “I like that it benefits important local charities.”

So do many others. As the three-day tournament began this year with a 747-8 flyover, the PGA Tour Champions announced a five-year title sponsorship renewal of the Boeing Classic.

“Boeing is deeply committed to its nonprofit and community partners in Washington and around the world in places where the company’s employees live and work,” said PGA Tour Champions President Greg McLaughlin. “The commitment from Boeing has allowed this event to leave a strong charitable footprint in the region, and I am confident that our fans and players will continue to enjoy all the tournament has to offer."

The tournament this year also attracted exciting new talent to the links, including crowd-favorite John Daly, who played the Boeing Classic for the first time. It ended with Bernhard Langer as champion, his second win at the Boeing Classic. 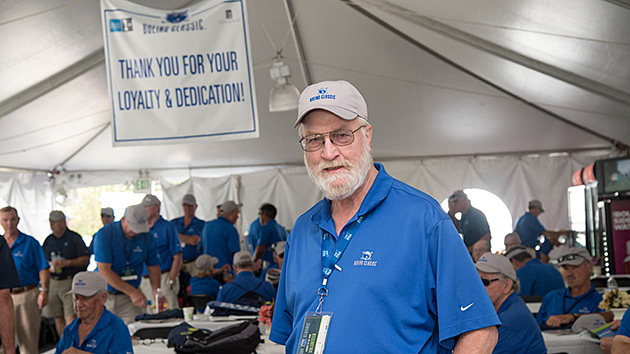 David Ray, a 737 employee, joins more than 300 Boeing employees and retirees reporting for volunteer duty at the Boeing Classic. 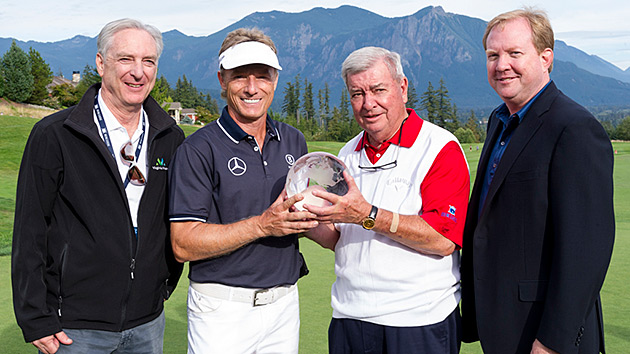