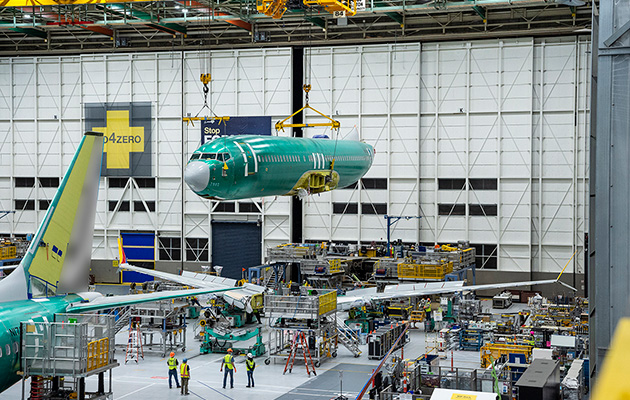 A fuselage is lowered onto the Renton factory’s Central line as 737 MAX production restarts.

After more than four months of suspended production, the 737 Final Assembly building in Renton, Wash. is humming back to life. On May 27, a crane once again carried a new fuselage to the factory’s Central line, where low-rate production just restarted.

“Crews are excited to get back to building airplanes again,” said Jennifer Pagano, one of the team members leading initiatives to strengthen the production system.

But the way airplanes are built in Renton has changed. Since production stopped in January, more than a dozen new initiatives focused on workplace safety and product quality were implemented, creating the optimal environment to build the 737 MAX.

“The production halt gave us an excellent opportunity to take a hard look at the entire production process, which we never would have had the time to do under normal circumstances,” said John Findley, another initiative leader. “We could see the entire process through a different lens.”

Among the initiatives, mechanics and engineers have worked together to refine and standardize work packages in each position of the factory. Another major initiative involves a new kitting processes that provides employees with everything they need at their fingertips to build the airplane.

“The steps we’ve taken in the factory will help drive our goal of 100 percent quality for our customers while supporting our ongoing commitment to workplace safety,” said Scott Stocker, vice president of 737 Manufacturing

Production will initially be limited to one of the three commercial lines in the Renton factory. A second line is scheduled to be reactivated next year as the program slowly ramps up production, consistent with our customers’ recovery in the market. 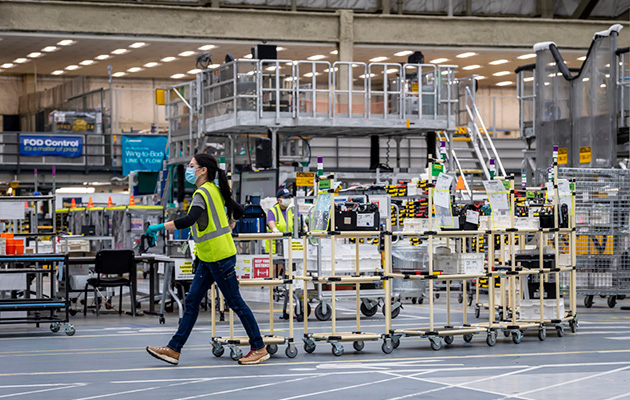 Kits are moved into position as employees restart work on the 737 MAX.
Marian Lockhart photo.