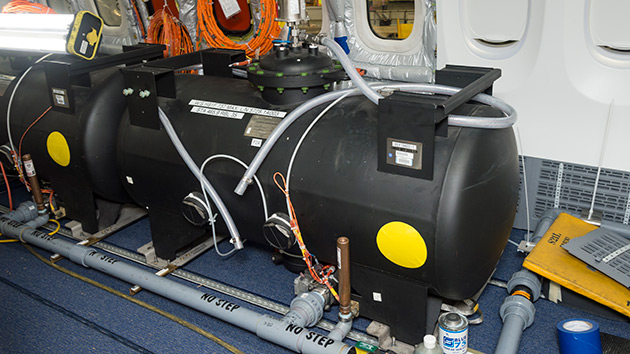 737 MAX 7 flight-test airplane 1E001 has four water ballast tanks. The tanks' weight can be manipulated to simulate the weight of passengers and cargo aboard the airplane during flight testing.

The 737 MAX 7, Boeing’s newest and smallest member of the MAX family, is getting decked out in the Renton, Wash., factory as Boeing Test & Evaluation teams prepare the airplane to enter flight testing.

Flight Test Maintenance crews are installing instrumentation that will allow test engineers to carefully analyze the jet’s systems and performance. When they're done, nearly 9 miles of orange wire will weave its way through 1E001, the first of two MAX 7 flight-test airplanes.

"The wires will transmit data from the various sensors placed throughout the airplane’s systems and structure to the instrumentation racks, where engineers will analyze everything from airplane dynamics to brake temperatures," said Gabriel Towolawi, Flight Test Engineering Operations manager.

Mechanics also are outfitting the MAX 7 with four ballast tanks, which allow the team to simulate the weight of passengers and cargo by filling them with water.

Previous experience has taught the teams that installing flight-test instrumentation in the factory while the airplane is being built, rather than after the build, increases efficiency and reduces costly rework. That's why mechanics, engineers and the Production and Flight Test teams have been working side by side in the Renton factory.

First flight of the 737 MAX 7 is expected later this year. 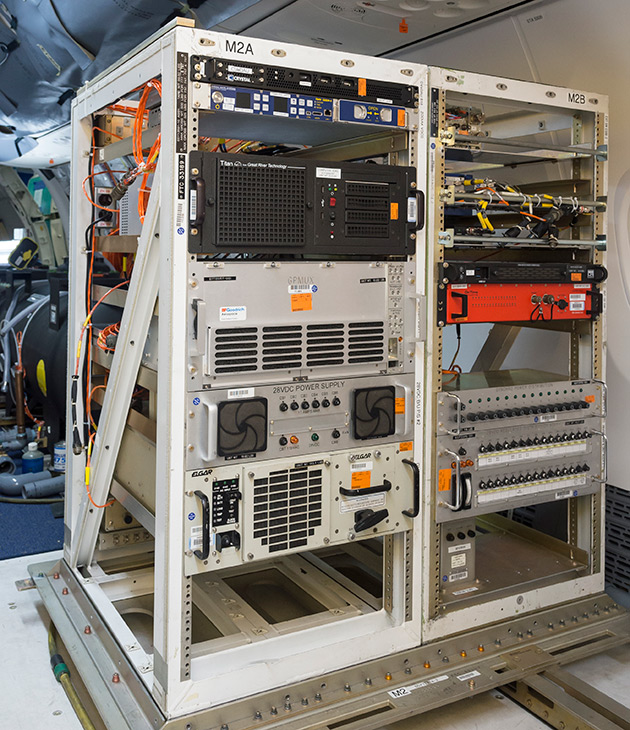 Rack ‘em up: 13 Instrumentation racks line the cabin of 1E001 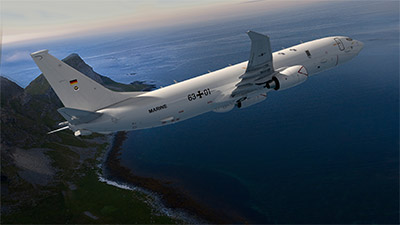