Against the backdrop of a large and brightly colored autoclave, Boeing employees, executives and community leaders gathered in Everett, Wash., on Friday to commemorate the opening of the largest single Boeing structure to be built in the Puget Sound region since the 1990s: the 777X Composite Wing Center.

The 1.3 million-square-foot (120,774-square-meter) building will support 777X fabrication of the longest wing Boeing has ever built, turning the Everett site into a center of advanced carbon fiber technology. Employees of the 777X program have already begun moving into the building.

"The Red Barn set the stage for the trailblazing airplanes of the 20th century," said Conner, referring to Boeing’s original airplane factory, which today is part of Seattle’s Museum of Flight. "Now the Composite Wing Center will give birth to some of the most advanced technology of the 21st ."

Boeing has invested more than $1 billion to construct the new facility on schedule and, most importantly, safely. In groundbreaking ceremonies for the new building in July 2014, Boeing and community leaders said the company’s sizable capital investments in the 777X, and other Boeing programs and capabilities based in the region, will provide continued jobs and benefits to employees and the communities they live in.

Two employees addressed the audience, expressing what the Composite Wing Center means to the company, the region and to them.

“I’m proud to be part of the 777 wing line, and that the 777X wing is only going to be bigger and better than the wing that I am crawling in and out of day to day,“ said Bratt (Brittany) Sutton, a 777 wing sealer.

Melissa Uhlman, a 777X Structures design engineer, told the crowd, “Not only is the Composite Wing Center and the 777X a win for Boeing and its employees, it’s a win for Puget Sound and the entire state of Washington.

“It’s fun being a part of something that’s never happened before, a new design. It’s just really cool to be part of a new technology, new material and a newly designed wing,” Uhlman said. 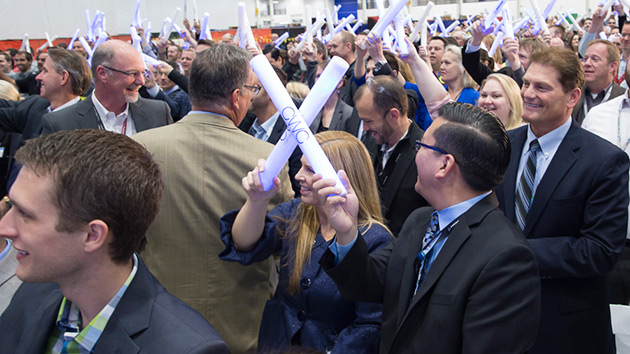 Hundreds of employees cheer the official opening of the 777X Composite Wing Center in Everett, Wash., on Friday. 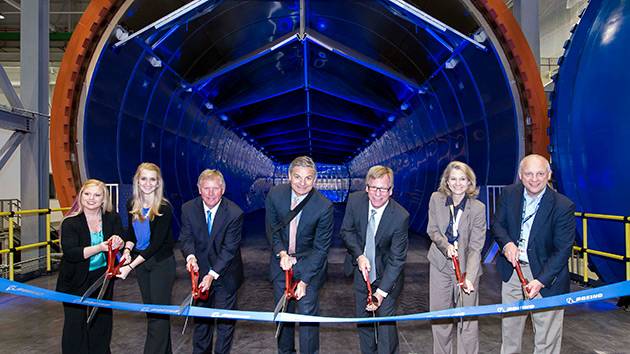