If you stretch your arms in front of one of the interactive exhibits at the Above and Beyond exhibit at the Museum of Flight in Seattle, Wash., you can experience what it feels like to fly like a bird. But simply stepping up to any of the innovative and interactive displays in the traveling exhibit is enough to stretch the mind and imagination of any visitor.

As part of Boeing’s Centennial celebration, Boeing has teamed up with Evergreen Exhibitions and NASA to create the 5,000-square-foot (465-square-meter) interactive exhibit, which is designed to encourage children of all ages to get excited about aerospace.

The exhibit is in the midst of a world tour, but now it will spend the summer in Seattle, Wash., where the Boeing Company took root in 1916. “This exhibit goes to the heart of one of Boeing’s main goals in its Centennial year – to inspire the next generation of aerospace visionaries,” said Bill McSherry, vice president of Government Operations and Global Corporate Citizenship for Commercial Airplanes. “By investing in high-quality, engaging education, we want to empower a new generation of to build their abilities, belief and interest in STEM-relevant skills.”

“We give you the history of air and space every day,” said Museum of Flight President and CEO Doug King. “This summer we also offer its future.”

But the future of aviation would not be possible without the foundation of Boeing’s past 100 years. To celebrate that rich history, the Museum of Flight also opened The Boeing Room over Memorial Day weekend. The special exhibit displays Boeing artifacts and memorabilia on temporary loan from private citizens in the Puget Sound region. Items to see range from Boeing belt buckles to a ceremonial sledge hammer that helped drive in the last railroad tie of a train line leading into Boeing’s Everett factory.

The Above and Beyond exhibit and The Boeing Room will be open to the public at the Museum of Flight from May 28 to Sept. 10.

By Deborah Feldman and Eric Olson 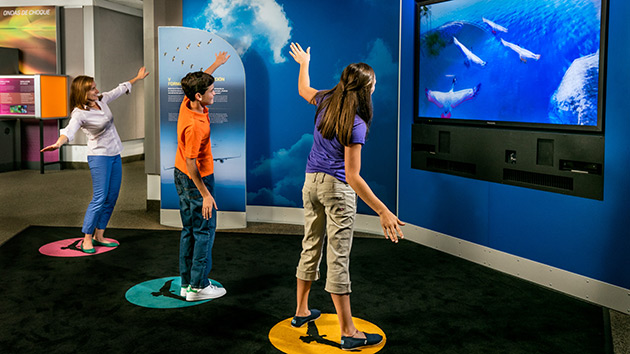 The Above and Beyond exhibit is designed to be interactive and engaging. Visitors can experience what it feels like to fly like a bird. 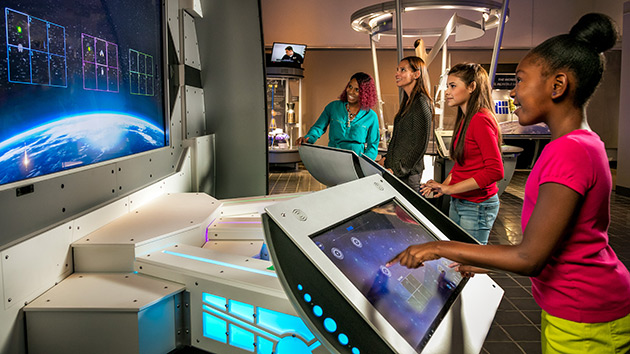 The Above and Beyond exhibit is designed to be interactive and engaging. Visitors can design their own jets, and then see it what it feels like to fly their creations on these simulators.