Boeing's participation in Seafair ranges from the skies to the streets and all points in between. Boeing drivers and vans shuttled guests almost non-stop from packed parking lots to the fairgrounds during the three day event. Once on site, the approximately 180,000 visitors were able to meander through the grounds, which included a new Boeing store site and an enormous FIRST Robotics tent that was hosted by Boeing.

Inside the tent, student teams were able to show off their recent mechanical creations, and children were invited to take a spin on a joystick to see how they could manipulate the innovative robotics. Student Daniel Shorr says FIRST has inspired him to focus more on science, technology, engineering and math. "It's to really inspire the engineer in all of us," he says about FIRST and its partnership with Boeing. "It's awesome that Boeing is here to support us with that!"

One week before the festival in Genesee Park, Boeing also played a large role in the iconic torchlight parade through downtown Seattle. Two dozen members of the Boeing Employees Veteran's Association (BEVA) marched a massive new hot air balloon in the shape of a Blue Angel through the streets.

Rosa Bartol, president of the local BEVA branch, said it's an honor to represent the more than 11-thousand veterans Boeing employs in Washington state. "This is a big, huge deal to us having all our BEVA members come out and do something like this," said Bartol. "BEVA rules!" 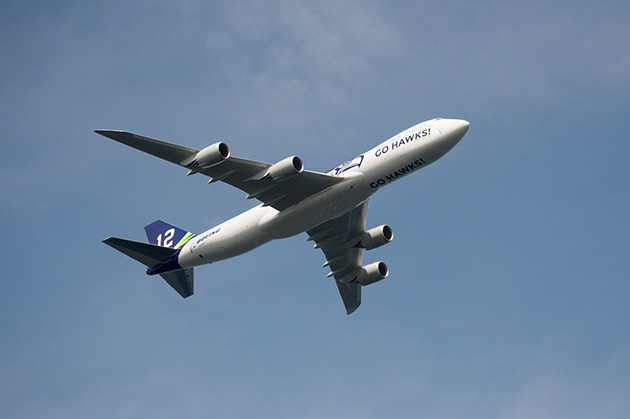 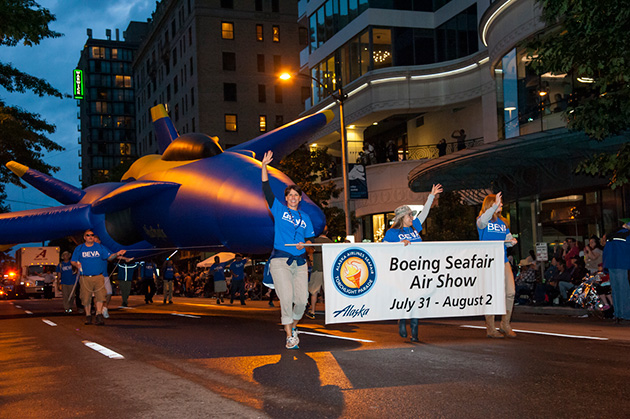 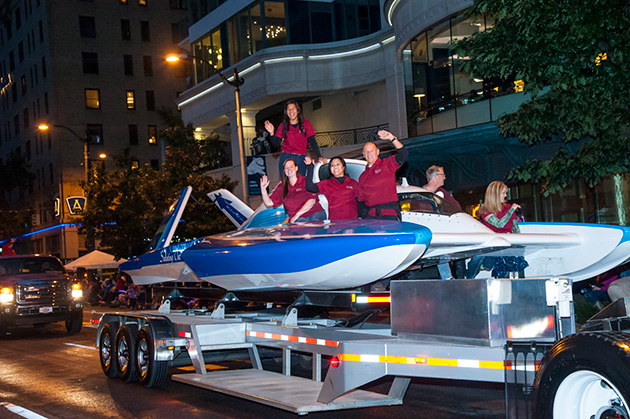