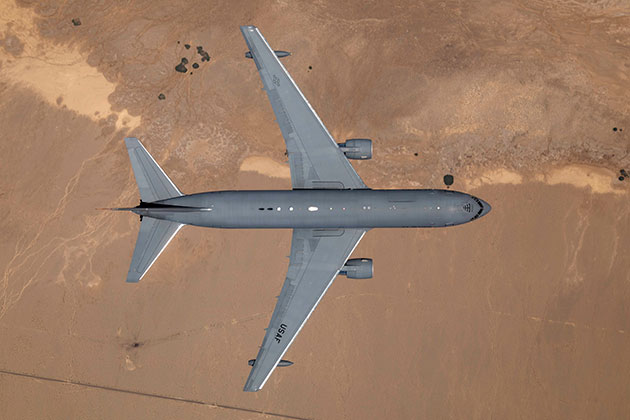 The U.S. Air Force awarded Boeing a $2.1 billion contract for 15 KC-46A tankers, bringing the total number of orders to 94. The Everett-built KC-46A will not only set a standard for aerial refueling but will also support the integrated digital battle space.

“The KC-46’s adaptability is going to be a game-changer for the U.S. Air Force,” said Jamie Burgess, Boeing KC-46 tanker vice president and program manager. “We know our defense customers will need to transform how they fight and win in the modern era. That’s why Boeing is focused on making sure the KC-46 grows and changes with them.”

This contract comes just eight days after the sixth production lot of 12 tankers was announced by the customer.

The KC-46A, based on the 767-2C commercial plane, is a multi-role tanker designed to refuel allied and coalition military aircraft and also carry passengers, cargo and patients. Boeing is assembling KC-46A aircraft at its Everett, Wash. facility where it also continues production of the KC-46 tanker for Japan.