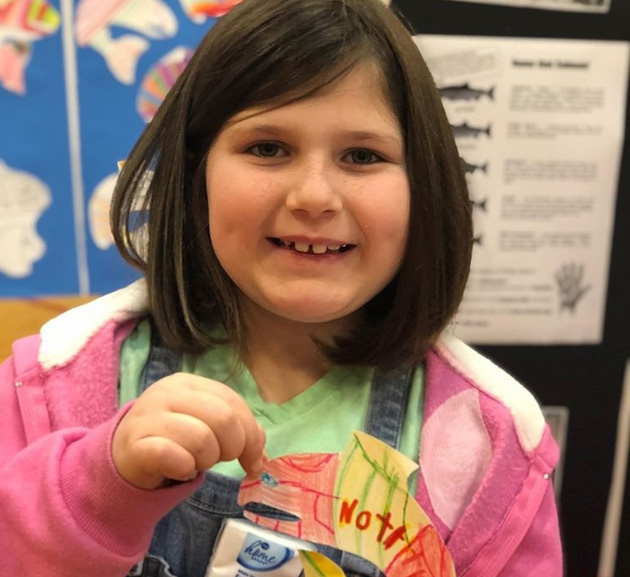 A student holds a salmon she colored and wrote one way she will try to save salmon habitats at the PSESD Native American Education Program booth during a local school district STEM Fair. Photos taken pre COVID-19.

The largest local grant, to PSESD, will be used to engage and inspire over 300 Native American youth in four school districts in the South Puget Sound region of Washington state. Program staff, who are all enrolled tribal members, merge STEM ideas and concepts with Native American culture to create lessons around topics like the life cycle of a salmon and traditional foods of Indigenous people, even sharing their work at district-wide STEM fairs.

“Since time immemorial, Indigenous people have used science and technology to survive, to adapt, to create, and to thrive,” said Puget Sound Educational Service District NAEP Manager Jason LaFontaine (Turtle Mountain Chippewa). “The focus of the Boeing STEM grant is to show Native youth how their cultural ways of knowing and their future can be seen through the lens of science, technology, engineering and math.”

In the past two years, Boeing and its employees have invested close to $660,000 in organizations supporting Native American and other Indigenous communities – bringing the company’s global support for these populations to $2 million.

“We recognize the toll on Native American and Indigenous communities from centuries of injustice, and we take seriously our role in supporting education and development in these communities,” said Marc Allen, Boeing’s chief strategy officer, senior vice president of Strategy and Corporate Development and enterprise executive sponsor of the Boeing Native American Network. “Today’s exciting announcement continues our longstanding efforts to lift up equity and opportunity in the communities where our employees live and work.”

Boeing’s announcement is timed to coincide with the observance of National Native American Heritage Month in November, and builds on the company’s previously announced multi-year commitment to combat racism and advance racial equity and social justice at all levels.

Boeing plans to make additional announcements related to its racial equity and social justice investment strategy in the future. 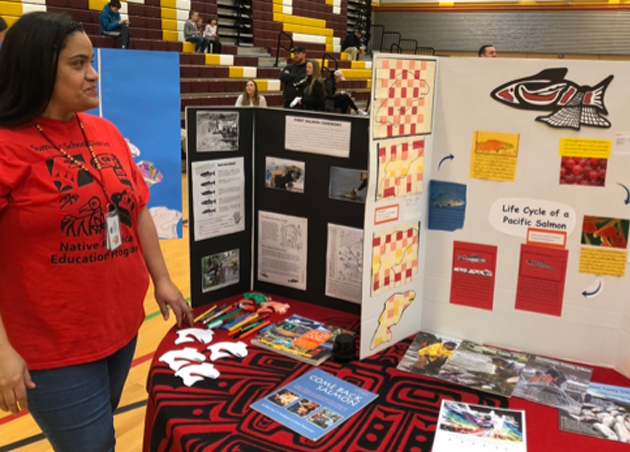 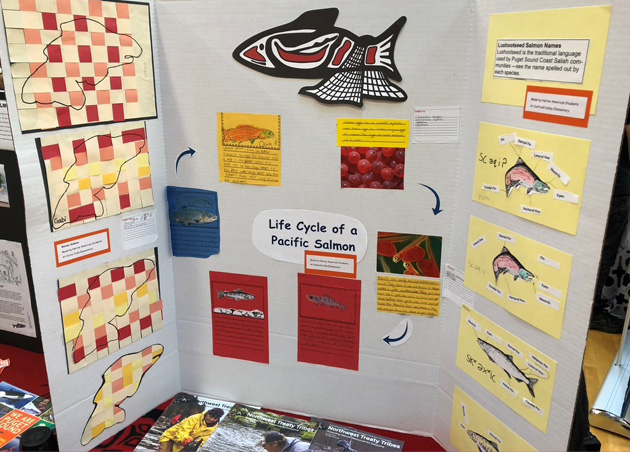 A display board students at a STEM fair hosted by PSESD Native American Education Program that shows the life cycle of a Pacific salmon, and a salmon weaving art project.