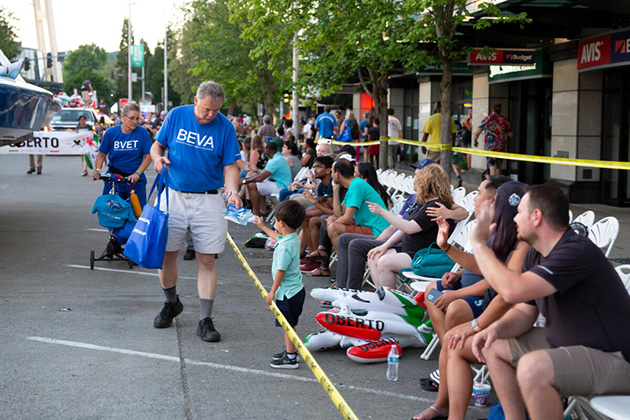 Celebration was in the air along with soaring planes as Seattle’s Seafair was held in full force for the first time since 2019. The summer festival includes a variety of community events as well as larger celebrations throughout the city, embracing the area’s history and diversity. Boeing has been an event partner for over 70 years representing the company’s commitment to supporting and empowering communities across the Puget Sound.

Boeing employees were involved in numerous events during the festival including the Seafair Torchlight Parade – where Boeing teammates rode on a Boeing U-787 hydroplane float as it was pulled through the streets of downtown Seattle by the Boeing Transportation team. Nearby, members of the Boeing Veterans Engagement Team (BVET) escorted the boat, passing out toy hydroplanes to the large crowd. Before the parade, in a salute to veterans, Boeing hosted the Military Hospitality Room, where military Seafair participants were able to rest, replenish, and prepare for activities throughout the day. 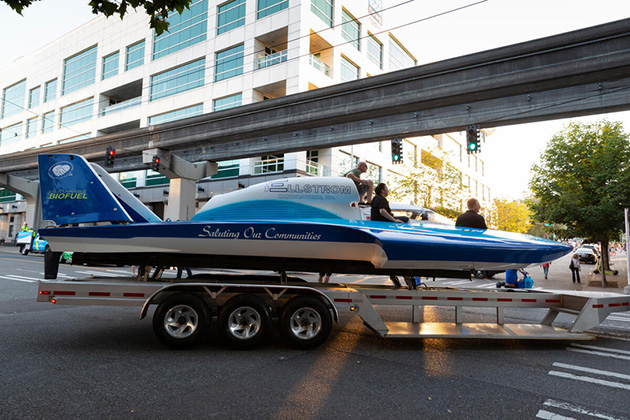 The Boeing U-787 hydroplane float makes its way down the parade route.

Seafair is an opportunity to celebrate the essential role veterans play in the success of the company. Over 7,000 veterans currently work at Boeing throughout Washington State.

“As an Air Force veteran recently retired from the reserve, and a longstanding Boeing employee, it is so amazing to be a part of this event,” said Kenellias Smith, BVET Puget Sound executive champion.

“As an army daughter, mother, Air Force wife, and Puget Sound BVET president, it means everything to me to represent Boeing and be here today with all of these amazing veterans,” she said.

In partnership with FIRST (For Inspiration and Recognition in Science and Technology) Robotics, Boeing also hosted a tent for students with activities designed to challenge and inspire the next generation of engineers and creative thinkers. 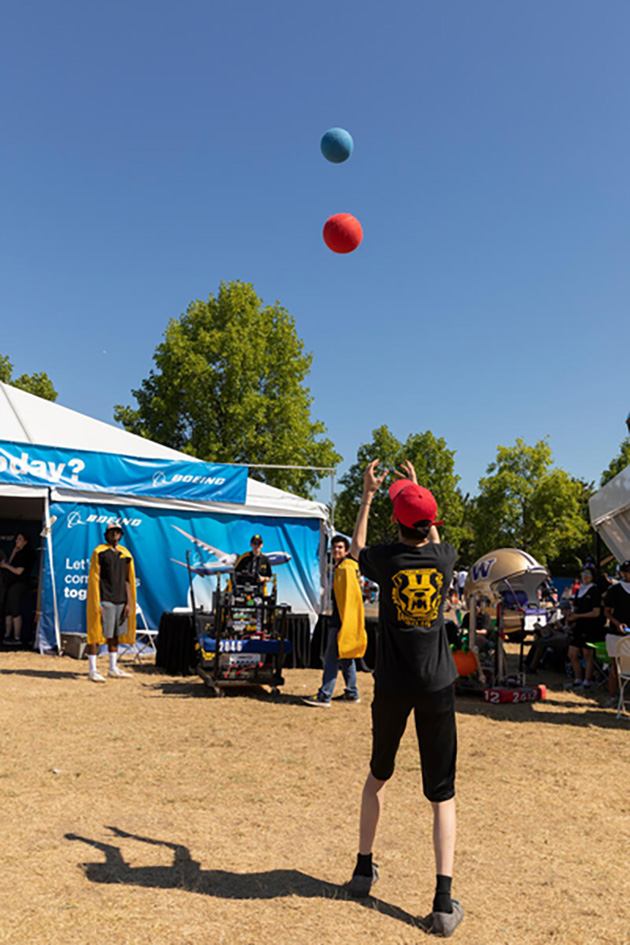 In partnership with FIRST (For Inspiration and Recognition in Science and Technology) Robotics, Boeing also hosted a tent for students with activities designed to challenge and inspire the next generation of engineers and creative thinkers.

Andre Vargas, an 11th grade student within the FIRST Robotics program, shared how much he enjoyed attending Seafair and that the program has inspired him to one day pursue a career in Mechanical Engineering. “I’ve learned a lot about collaborating within a team, and building important leadership skills,” said Vargas.

One of the most anticipated events was the Boeing Seafair Air Show showcasing two Boeing Defense, Space & Security platforms, the KC-46A Pegasus and the P-8A Poseidon. The locally produced aircraft soared over Lake Washington as the audience looked toward the sky.

Troy Larson, deputy chief pilot, KC-46 program shared that it’s always special to fly in front of the Seattle crowd. Larson participated in the air show in 2017, and expressed that Seafair provides the unique opportunity for the public to see the military airplanes in person. “We know families are watching and the kids are excited to see our planes up close,” said Larson.

The Boeing Seafair Air Show also included the return of the U.S. Navy Blue Angels with a high-flying and thrilling demonstration in Boeing-built F/A-18 Super Hornets. This marked the first time the Blue Angels performed in Super Hornets for the Northwest crowd. In addition to building the Super Hornet, Boeing modifies the jets to turn a U.S. Navy fighter into a Blue Angels aircraft. Boeing also provides fleet support to the Blue Angels during their show season, including their stay in Seattle.

Seafair is one of the many partnerships Boeing and its employees participate in to help unite communities, embrace diversity, and support the active military and veterans.