Members of the Boeing Fire Department Honor Guard joined area firefighters and first responders at the one year remembrance event for the victims of the Oso, Washington landslide.

In March 2014, the worst landslide in U.S. history struck the community of Oso, Wash., claiming 43 lives in a small neighborhood northeast of Everett. Teams from Boeing Fire responded with critical decontamination services for rescue personnel for over five weeks during the extensive recovery effort.

A one-year remembrance event brought together the families of those lost and many of the first responders, including police officers, firefighters and search & rescue personnel. Employees from Boeing Fire Department represented the largest honor guard contingent.

Boeing and its employees donated more than $125,000 to help with disaster relief, which included $50,000 from the Puget Sound Employees Community Fund to Cascade Valley Hospital Foundation; $25,000 from Global Corporate Citizenship to the Snohomish County Red Cross; and BCA donated $50,000 to the United Way of Snohomish County, all to aid the victims of the landslide. 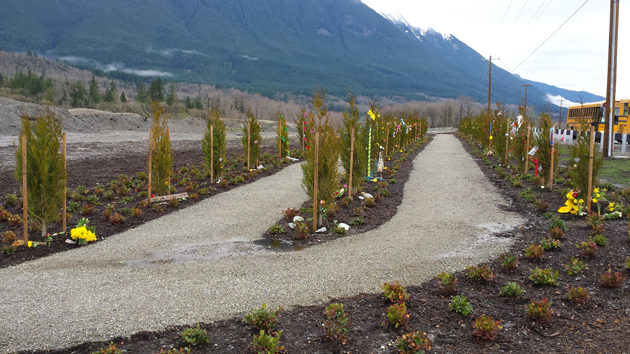 A Garden of Remembrance has been placed next to the highway. In the garden are 43 trees that mark the 43 lives that were lost. 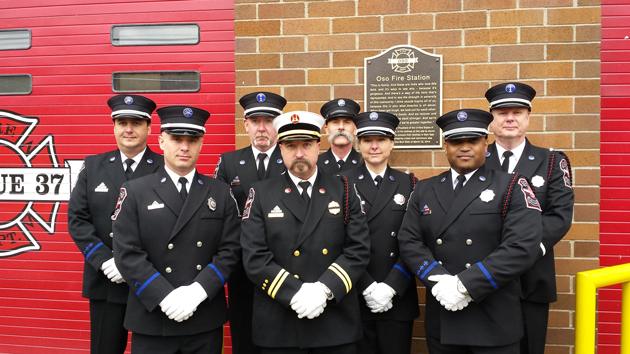 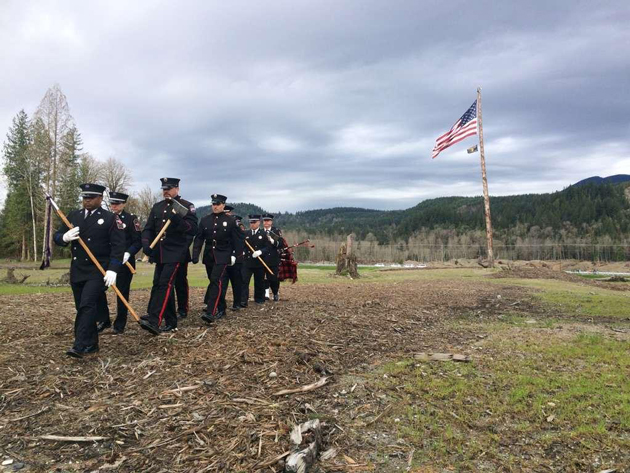 After the remembrance ceremony, members of area fire department honor guards, including Boeing, raised the flag on the debris field to full staff for the first time since the landslide in March 2014.