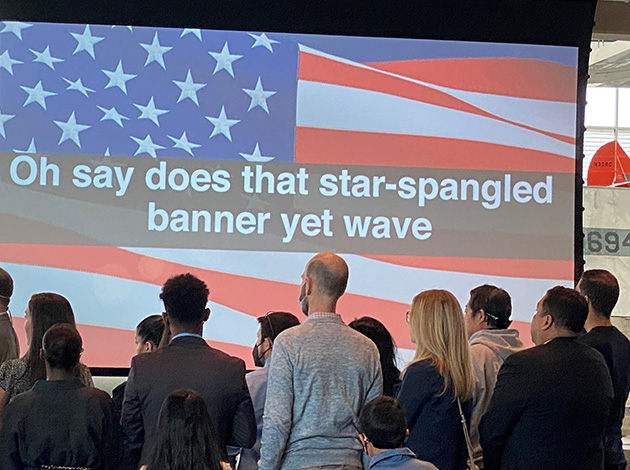 At Seattle’s Museum of Flight, the many aircraft on display are a celebration of innovations of the past. They’re also a nod to innovations yet to come.

Looking ahead to the future was top of mind at the museum on June 9, during a special citizenship and naturalization ceremony. Thirty soon-to-be American citizens from 16 different countries stood – right hands raised – taking the Oath of Allegiance to become citizens of the United States. 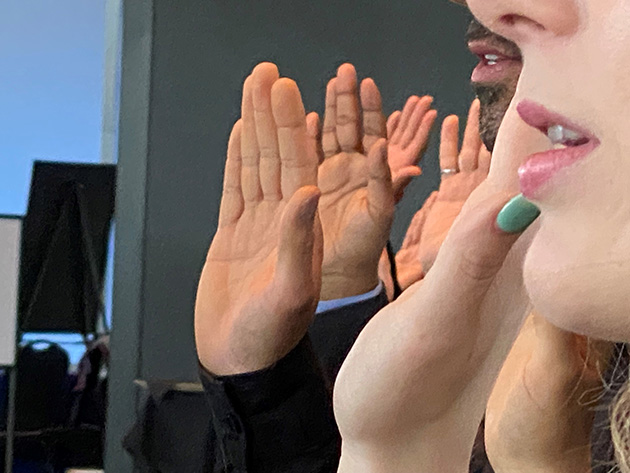 Citizenship candidates take the oath of allegiance at a special naturalization ceremony at the Museum of Flight on June 9, 2022

The event was created through a special partnership between Boeing, the Museum of Flight, and U.S. Citizenship and Immigration Services (USCIS).

“USCIS often participates in special ceremonies at venues such as museums and schools to increase public awareness of the U.S. citizenship process,” said USCIS Seattle Field Office Director, Yasser Navarrett. “We appreciate the access these ceremonies provide to those who otherwise would not attend a ceremony where people become U.S. citizens.”

Mohammad Tavakoli, a Boeing aircraft technician, was among those who took the oath to became a U.S. citizen.

“When I was a kid I always dreamed about the U.S.,” said Tavakoli, who is originally from Iran. He arrived in the United States six years ago. “I had this dream – when I get to the United States, I have to work for Boeing because I love Boeing,” he said.

That’s precisely what Tavakoli did. He’d been working in aviation in Iran and landed his first job at Boeing three years ago. Today, he is working on the 737 program. For him, becoming a citizen at the Museum of Flight only deepened the significance. 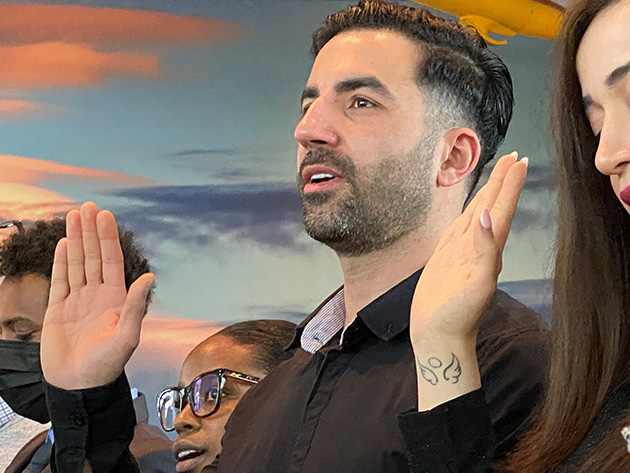 Mohammad Tavakoli takes the Oath of Allegiance at the special naturalization ceremony at the Museum of Flight.

“Being here – especially in this place and knowing some of the stories behind all of these airplanes is special,” said Tavakoli. “I didn’t know Boeing was part of the ceremony—and it made me proud.”

Boeing Senior Manager for airplane systems, Jacky-Vy Chau, served as the keynote speaker for the event.

That’s because Chau feels a deep connection to the path to U.S. citizenship. He arrived in the U.S. from Vietnam with his parents and his sisters on June 18,1997. He and his family now celebrate on that same day each year.

“The first meal we had was pizza,” said Chau. “We wanted to experience the western food and now every year we actually have pizza on the same day we immigrated to the U.S.” 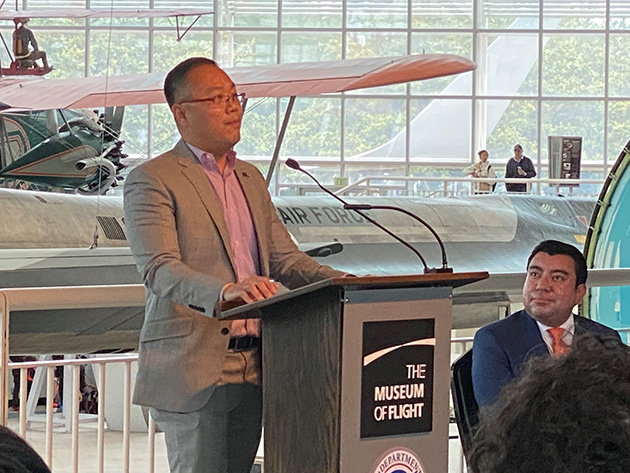 Boeing Senior Manager for airplane systems, Jacky-Vy Chau, served as the keynote speaker for the event.

Chau and his family went through a similar naturalization ceremony in Seattle 20 years ago. So, as he delivered the keynote address, he spoke both from the heart and from experience.

“The first couple of months were the most challenging for my family and me,” he said. “My parents didn’t have a job yet, and we lived with our relatives.”

Chau worked to put himself through college at the University of Washington, graduating with a degree in electrical engineering. Sixteen years ago, he was hired at Boeing. He called that a full circle moment, which began with his journey from Vietnam to America.

“Personally, I had never set foot on an airplane when I was in Vietnam, so the first time I actually stepped into an aircraft was the day my family and I immigrated to the U.S. and it happened to be a Boeing 747-400,” he said.

Chau credits his parents for having the courage to board that plane and leave their home – and their careers – in Vietnam.

“I got married myself last year and continue to build my life with my husband,” he said. “My sisters and I would not have the lives we have now if my parents had not given up everything and immigrated to the U.S.”

Chau is optimistic the newest batch of U.S. citizens will find happiness in the Seattle area, just as he has.

Beaming as he speaks, he offers up this sound advice to the newest group of Americans:

“I wish you luck and good fortune as U.S. citizens. Please work hard, enjoy, and make your family proud. Congratulations!” 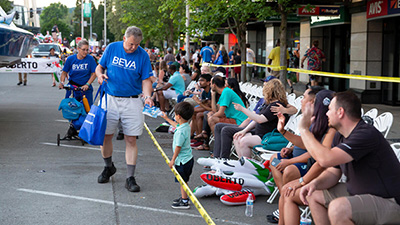