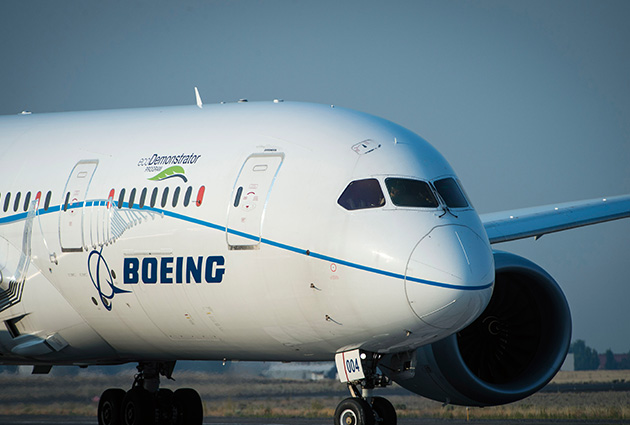 In its award citation, Air Transport World (ATW) editors credited Boeing for “ever-more fuel and emissions-efficient aircraft” such as the 787 Dreamliner, 737 MAX and 777X, the company’s global effort to develop sustainable aviation biofuels and Boeing’s ecoDemonstrator program, which tests new technologies to improve fuel efficiency and reduce emissions and noise.

“For continued success, air transportation must also be sustainable,” ATW Editor-in-Chief Karen Walker said. “Boeing Commercial Airplanes understands this and has developed a multifaceted eco-aviation strategy that is collaborative, creative and innovative.”

Kevin Schemm, Commercial Airplanes senior vice president of Finance and Strategy, accepted the award for Boeing at the Feb. 26 event in Washington, D.C.

“Boeing is honored to receive Air Transport World’s award as Eco-Company of the Year for our leadership and collaboration with our partners to meet commercial aviation’s environmental goals,” Schemm said. “It’s good news our industry is growing, and it’s important that aviation grows responsibly as we connect more people and move more cargo.” 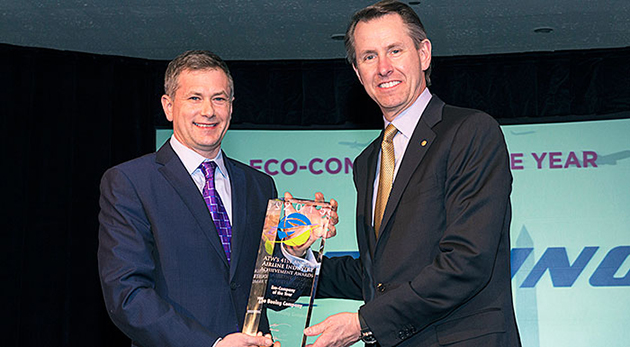 “We continually talk with customers about their environmental priorities and pursue a strategy that will benefit our industry and the environment in the near, medium and long term,” Felgar said. “Whether we’re talking about biofuel development, operational efficiency or the ecoDemonstrator program, an international 'One Boeing’ team works hard to show customers the value of our environmental partnership on a daily basis.”