The U.S. Navy awarded Boeing a $1.6 billion production contract for the next 11 Washington-built P-8A Poseidon aircraft. Nine aircraft will join the U.S. Navy fleet and two will go to the Royal Australian Air Force (RAAF); a cooperative partner in the P-8A joint program since 2009. The contract brings the total number of U.S. Navy P-8A aircraft under contract to 128 and the RAAF total to 14.

“We continue to hear feedback from deployed Navy squadrons who tell us the P-8A is exceeding expectations”, said Stu Voboril, program manager and vice president for the program. “The P-8A extends the U.S. Navy’s reach into environments where sea control and power projection are key elements to a free and open Indo-Pacific.”

A military derivative of the Renton-built Boeing 737 Next-Generation airplane, the P-8 combines the most advanced weapon system in the world with the cost advantages of the most popular airliner on the planet. Since the P-8A’s initial design and development phase, Boeing teams have been working closely with the U.S. Navy and international partners to deliver industry-leading maintenance, sustainment, and immersive training. 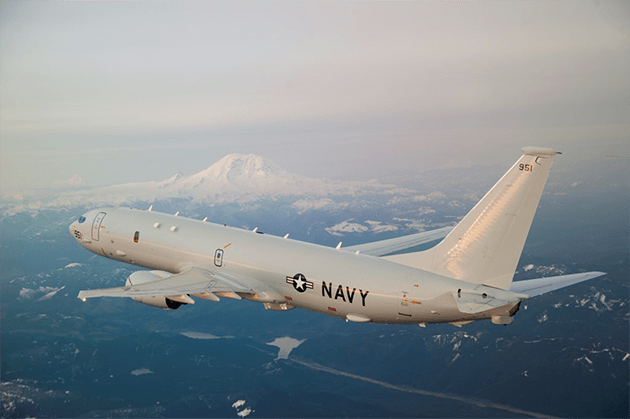