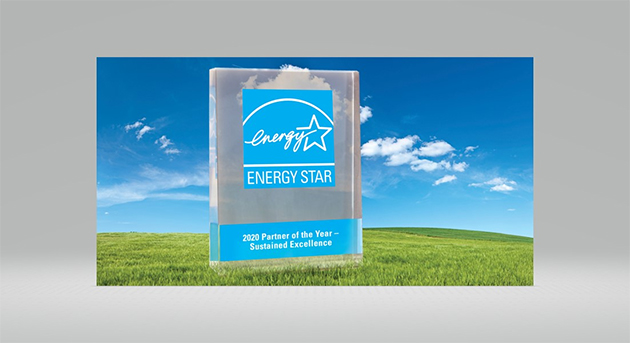 Saving energy and reducing greenhouse gas emissions might not be the first thing people associate with a company that makes airplanes, satellites and military hardware, but maybe it should be.

The 2020 award is based on Boeing’s energy conservations efforts during 2019. These efforts include:

“Each year the EPA sets its Energy Star goals higher and they expect more from their industrial partners like Boeing,” said Beth Schryer, Facilities & Asset Management vice president. “It is a significant achievement for our company to have won the Partner of the Year Award for Sustained Excellence for 10 consecutive years.”

Vince Villa, the 2019 Boeing Environment Champion and an Everett F&AM Engineering manager, would have accepted the award for Boeing at a Washington D.C. award ceremony, but the event was canceled due to precautions for COVID-19 coronavirus.

“It is a true honor, nonetheless, to accept the 2020 Energy Star Award on behalf of Boeing,” Villa said. “There are hundreds, if not thousands, of people who have contributed to make this widely recognized award a reality for Boeing.”

Boeing continues to reduce energy use in its manufacturing operations. Since 2010, the company has achieved a normalized energy reduction of more than 26% despite significant growth in the business over that same period.

Boeing ranked at No. 16 on the 2018 EPA Green Power Partnership list of Fortune 500 companies, signifying it as the top in aerospace. This ranking is due to company commitments to increase onsite and offsite renewable energy.