For approximately 15,000 teenagers and teachers in Washington state, a year’s worth of leadership and good work in their schools and communities culminated in a high-energy, celebrity-infused event inside KeyArena in downtown Seattle.

Students from approximately 500 schools descended on the stadium from all corners of the state wearing “Bring out the Good” tee shirts. Inside, they spent the day snapping selfies, holding up hand-made signs, and screaming at the top of their lungs as celebrities ranging from local hip-hop artist Macklemore to Seattle Seahawks football star Russell Wilson took turns acknowledging students’ and teachers’ hard work — and urged and inspired them to continue to make a difference.

We Day is a one-day event geared towards teens that works under the principle that every young person has the power to change the world. We Day events are held in major cities around the United States and the world, each drawing dozens of speakers and celebrities to salute and inspire students who are involved through their schools in a year long program called We Act. Students can't buy tickets to We Day — they must be earned by acting as leaders in their schools or communities.

Boeing is a presenting sponsor of We Day Seattle. Commercial Airplanes President and CEO Ray Conner, one of event’s co-sponsors, took the stage to specifically congratulate students from several schools for exceptional community service.

“It’s so exciting to be here with such an inspirational group of people,” Conner told the energized crowd, “because where I work at Boeing, we like to think big and dream big.”

Christine Walsh, 737 MAX deputy chief test pilot, joined Conner to urge the assembled students to reach for the sky, and beyond.

“I’m living my dream,” she told the enthralled group, as she described traveling the world and setting aviation world records as part of her Boeing job.

“I am proof that if you have a dream, making it come true is 100 percent within your grasp. You need to make a plan, know and celebrate everything that makes you special and unique, and then find mentors who are eager to help you succeed,” Walsh said.

While onstage, Conner gave kudos to several groups of students for exceptional work. One was a class from Neely O’Brien elementary school in Kent, Wash., that collected more than 600 pounds (272 kilograms) of food for a local food bank, and then spent nearly two full days packaging and sorting meals for families in need.

“It makes me feel good and honored,” one student, Gianna Archuleta, said of the recognition for the students' hard work. “Like I’m a leader.”

In addition to We Day speakers Ray Conner, president and CEO of Commercial Airplanes, and Christine Walsh, 737 MAX deputy chief pilot, more than 50 Boeing employees served as volunteers at the event. 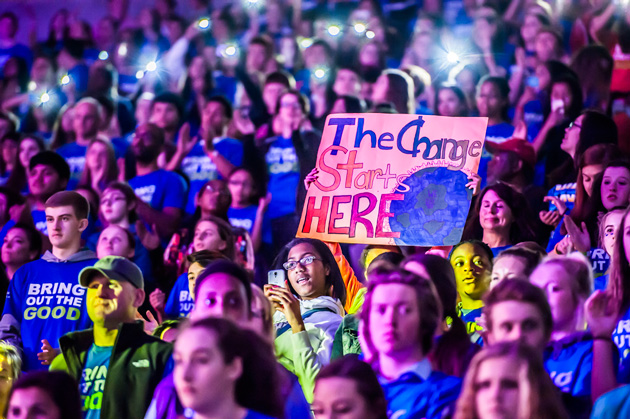 An audience of 15,000 packed into KeyArena in Seattle, Wash. for We Day. Students held signs and took cell phone photos during the 5 hour performance 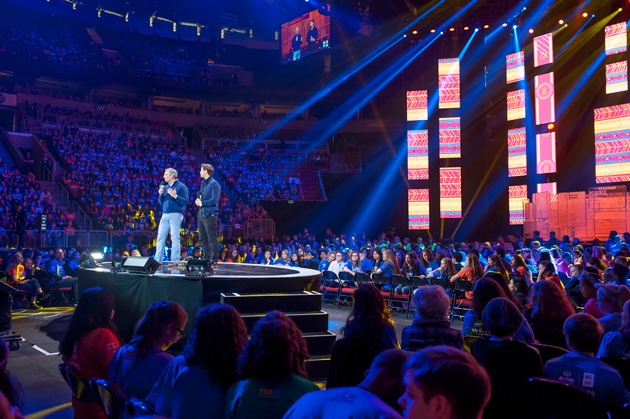 Boeing Commercial Airplanes president and CEO Ray Conner was joined on stage by teen actor and heart throb Luke Bylik to congratulate students for their leadership and community service. 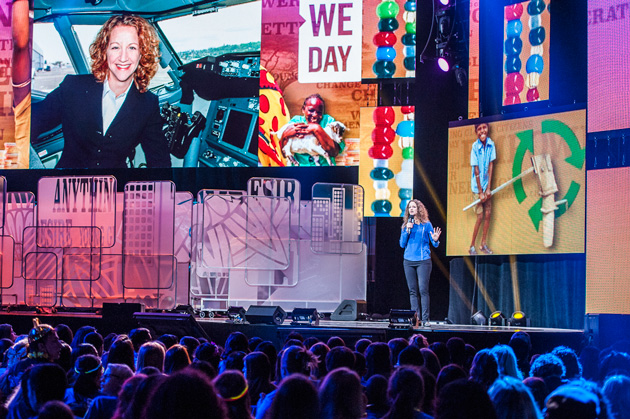