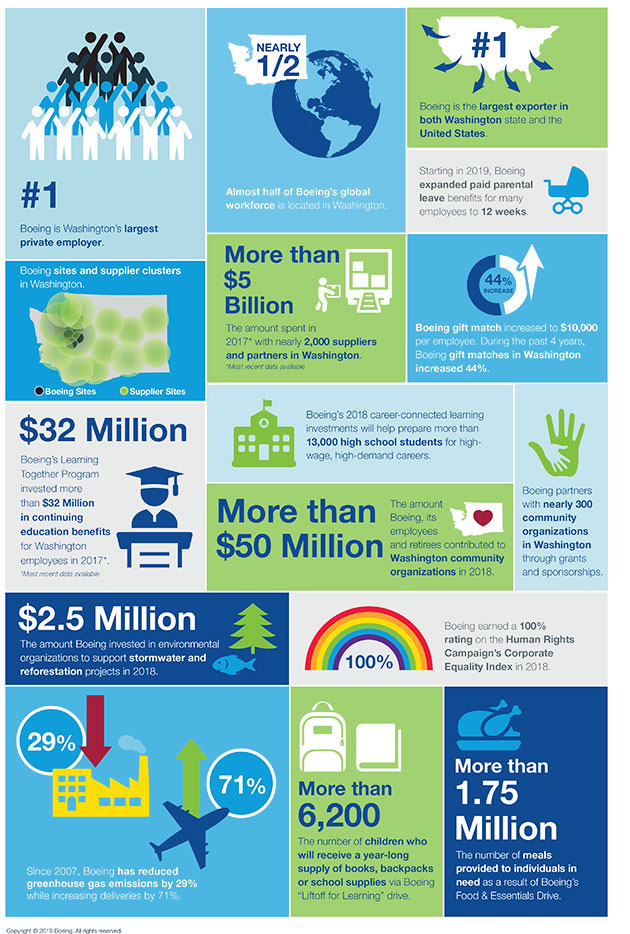 Boeing has released a report called “Boeing in Washington by the Numbers,” which is a concise look at the company’s contributions and impact to the Puget Sound area over the past year.

“This report is just a snapshot of Boeing’s deep commitment to its people, and local partners,” said Bill McSherry, Boeing Commercial Airplanes vice president of Government Operations. “As the state’s largest private employer, we are proud to call Washington our home, and are honored to tell the story of Boeing’s dedication to education, veterans, diversity and inclusion. With immense facilities and investments from Everett to Renton to Frederickson and many points in between, we are proud of the profound and positive impact we are able to have in the Puget Sound.”

In order to share more information and stories about Boeing’s people, progress and partnerships, Boeing is also launching a new Twitter account, dedicated to Boeing in Washington: @BoeingWA. 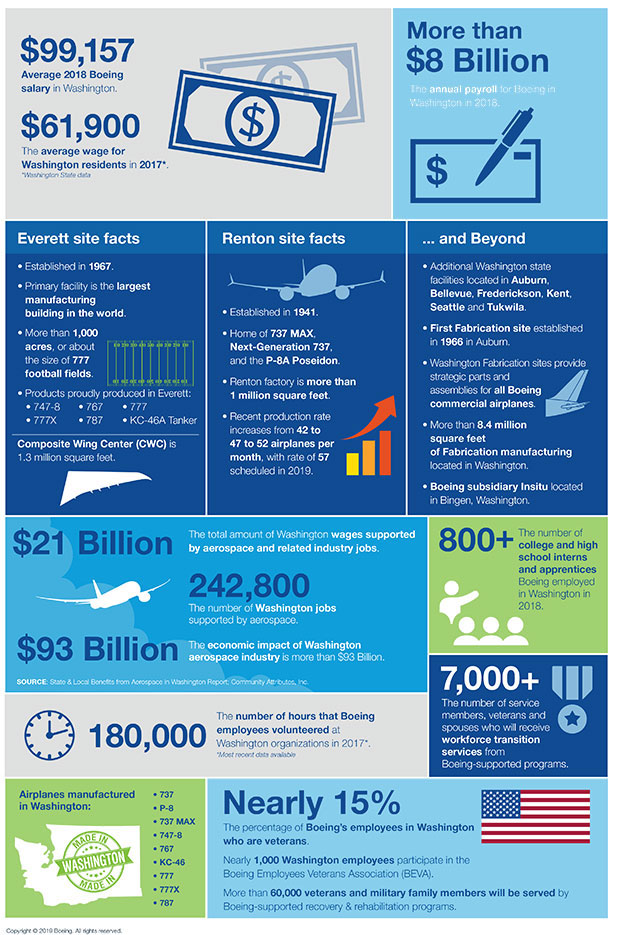