Charles Tapper, part of the Boeing Defense, Space & Security Property Management team in Seattle, has worked on a multitude of defense programs during his 70 years at Boeing.

When Charles Tapper started his career at Boeing in June 1951, he used a slide rule and a mechanical calculator, about the size of a desktop computer, as his tools. He and the company’s entire engineering team occupied just two floors of the same building. And never did it cross his mind that humankind would explore domains such as deep sea and space — let alone that Boeing would lead the way. “That was just the stuff of comic books,” Tapper said.

As Tapper marks 70 years since his first day at Boeing, he often has seen — and played a part in making — the impossible become reality.

Tapper, who works in Seattle as part of the Boeing Defense, Space & Security Property Management team, initially worked on aircraft engines, testing and maturing preliminary designs. Since then, he has worked on a multitude of defense programs.

“I can’t tell you about all of my jobs,” Tapper said. “After 70 years, it’s hard to remember. But what I can tell you is I’ve spent my time at Boeing doing exactly what I wanted: serving my country and seeing the programs I have been part of succeed.”

His love of country and airplanes spurred him to leave Boeing for some time to serve as a naval aviator, stationed in Hawaii. But even after rejoining the company, he spent 35 years with the U.S. Navy Reserve. Those experiences were personally rewarding and enriched the skills and perspectives Tapper brings to Boeing each day.

Tapper considers his time with the company a win-win. For as much as he has invested in his customers and teammates over the years, Boeing, he emphasized, has given back equally to him.

“Boeing is a great place to work. It really is,” he said. “Getting to work on huge, important programs and knowing that those programs will last for a long, long time gives you moments of joy every day.”

Tapper’s manager, Todd Schultz, has been nothing but thrilled to work with him.

“It’s special to have someone with that length of experience who is still so passionate,” said Schultz, who has been especially impressed by Tapper’s work ethic and his ability to build relationships. “Everyone knows him when they see him, and that speaks to all he puts into making personal connections.”

Tapper’s advice to other Boeing employees is simple: Be open-minded about new assignments; nurture relationships with teammates and customers; work hard at every job; and, most importantly, keep asking questions. By doing that, Tapper said, rewards will follow.

”You learn from people at Boeing. Everyone has a story to tell,” he said. ”I’ve never stopped asking questions.”

Tapper’s work group is planning a celebration in the coming months, after telecommuters are back on-site. But that’s not stopping him from celebrating in his own way. As for how he plans to spend this noteworthy week, he declared: “I’m going to work!”

His love of country and airplanes spurred Charles Tapper to leave Boeing for a time to serve as a naval aviator, stationed in Hawaii. Even after rejoining the company, he spent 35 years with the U.S. Navy Reserve. 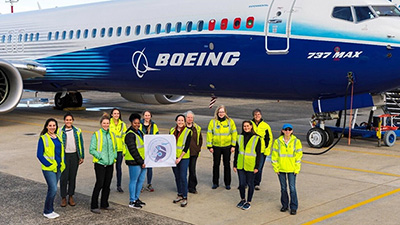 ‘One of many:’ 737-10 flight test completed by all-women crew from Renton 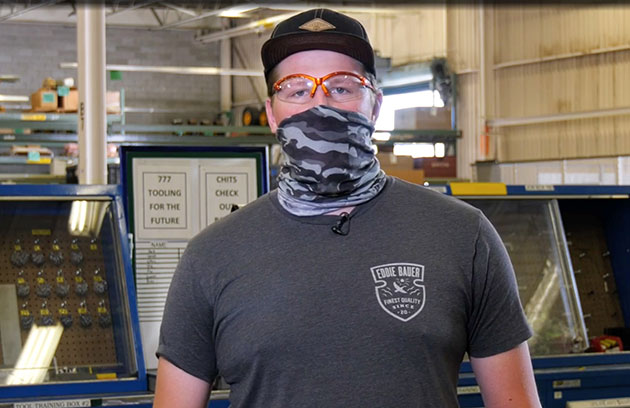 Meet Boeing Everett intern Joseph Fraser: “I have been able to grow my abilities in different skills.” 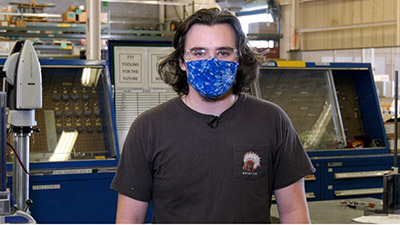 Meet Boeing Everett intern Alexander Hagberg: “It has been a lot of fun here; there are a lot of things that go into tool making and tool construction.”