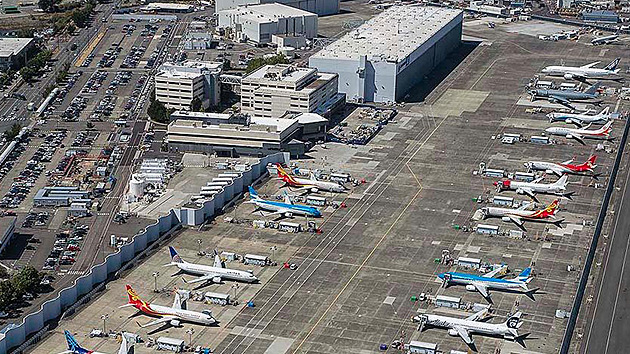 Airplanes being readied for delivery sit on the tarmac near the Seattle Delivery Center at Boeing Field.

The latest update to an annual economic impact study just released by the Washington Aerospace Partnership shows that the aerospace industry in Washington is thriving and continues to be a leading force in the state's economy.

The report says that the aerospace industry had a total economic impact of nearly $95 billion and supported more than a quarter million jobs in Washington in 2015. Furthermore, the study states that employment in aerospace and related industries in Washington increased by 3,600 jobs from 2012 to 2015.

"These number solidify the essential role the aerospace industry plays in our state's prosperity," said Alex Pietsch, president of the Washington Aerospace Partnership. "It is a juggernaut that continues to provide opportunities for Washington residents and one we cannot afford to put at risk."

The Washington Aerospace Partnership is a coalition of business, labor and local government leaders working to sustain and grow aerospace industry jobs in the state.

The report is an update to similar analyses conducted in 2013 and 2014.