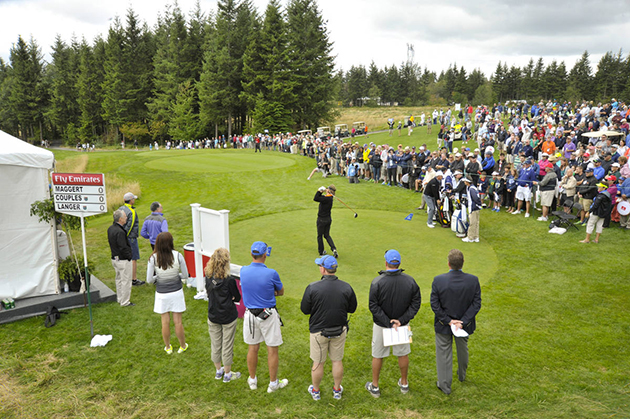 Spectators gather round as one of the Boeing Classic competitors tees off.

The Boeing Classic golf tournament near Seattle kicked off on Friday with the dramatic flyover of a 747-8 Intercontinental in Korean Air livery above the fairway of the TPC (Tournament Players Course) at Snoqualmie Ridge's 18th hole.

The three-day tournament, ended Sunday after a successful weekend with the crowning of a new champion, Billy Andrade.

A key component of the Boeing Classic's success is its corps of nearly 1,000 volunteers who donate their time and talent to make the event work smoothly. Many are current or former Boeing employees who are passionate about both golf and giving back to the community.

“It’s important to pay it forward. I love that Boeing is so involved in the community, and that the company supports all of us being active in the community, too,” said Tim Bartol, a U.S. Army veteran and member of the Boeing veterans group who has worked for Boeing for 26 years in Everett, Wash. It was his first time at the Boeing Classic.

The BEVA volunteers accompanied and supported members of the military who served as honorary tee announcers during the day. They also spent time in the USO hospitality tent at the Classic, handing out special Boeing coins designed to honor the armed forces.

Boeing Diversity Specialist Traci Fuller, who works in Global Workforce Inclusion in Kent, Wash. and serves as a BEVA advisor, said she considers it an honor to represent both Boeing and the veterans community at the same time.

“I can still see the smile on one young lady’s face who is a military dependent when I handed her a coin," Fuller said, reflecting on her day at the Classic. "She said she would give it to her dad who is a veteran, since he collects these coins and would be honored that it came from Boeing.”

By Liz Bieri and Deborah Feldman 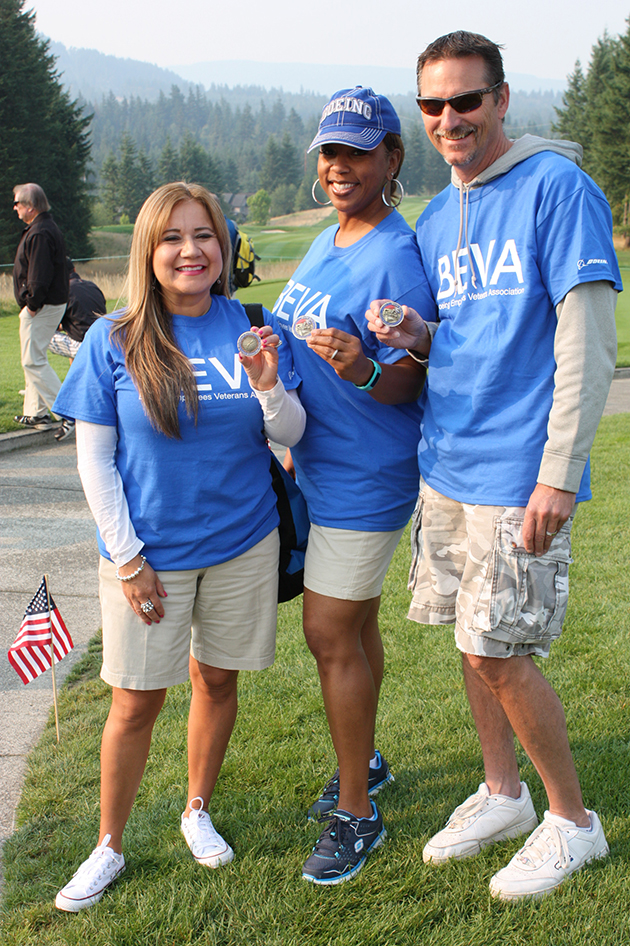 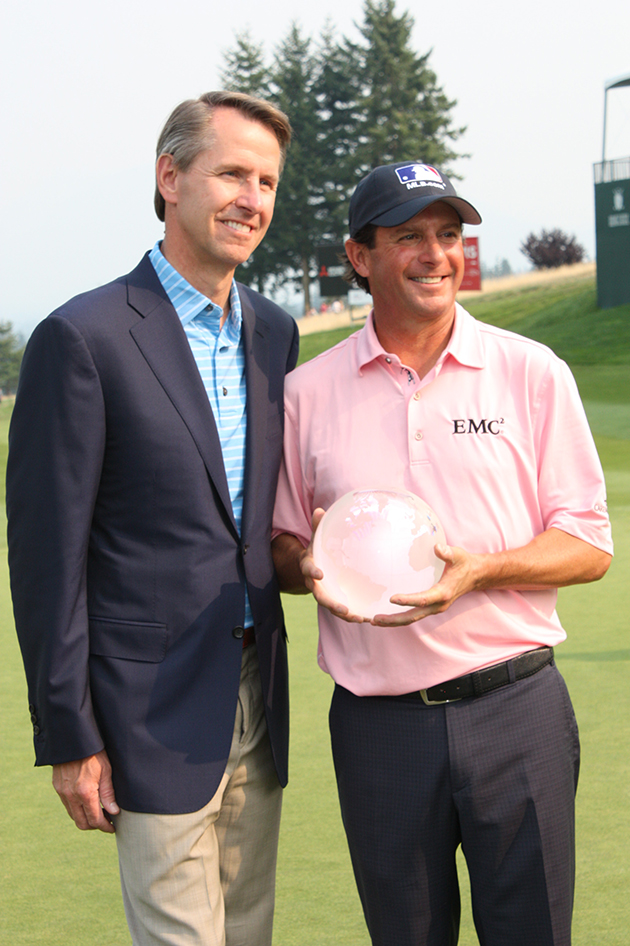 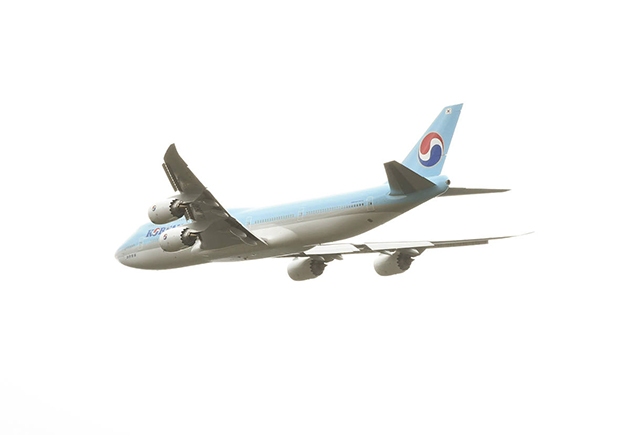 Instead of a traditional shotgun start to the tournament, a flyover Boeing by a Boeing airplane signals the start of the Boeing Classic. This year, a Korean Airlines 747-8 Intercontinental had the honor.