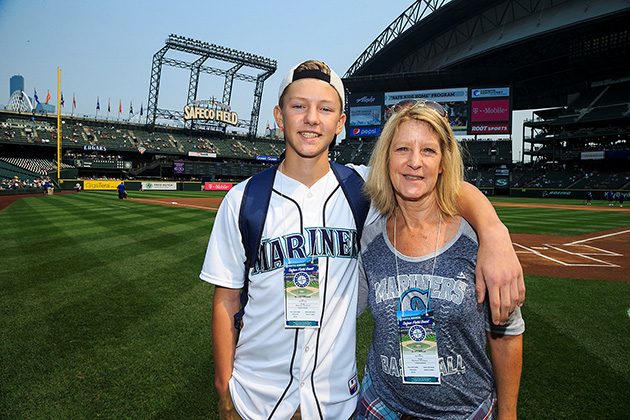 Boeing Auburn's Jeriann Ohlson and her son Wyatt pose for an on-field photo before a Mariners game.

For most people, the thought of standing on a Major League Baseball pitcher's mound preparing to throw the ball in front of thousands of screaming and cheering fans would be nerve-wracking.

Not so for 16-year-old Wyatt Ohlson, the son of long-time Boeing Fabrication employee, Jeriann Ohlson.

The soon-to-be high school junior calmly walked onto the mound at Safeco Field, home of the Seattle Mariners, during pre-game festivities last Sunday, and tossed a perfectly placed pitch over home plate.

"I was a little nervous at first, but once I got out there, it was just really cool and fun," said Wyatt, who hopes to become a professional baseball player.

Boeing's longstanding partnership with the Mariners and sponsorship of the team's "Salute to Kids Day" provided the opportunity for Wyatt to share the field with his favorite team. It's also one of many reasons why his mom is happy to be a Boeing employee.

"I feel proud that Boeing does these kinds of things for employees and the community," Jeriann Ohlsonn said.

"Over all of the years that I have been with the company, I know they've done things like blood drives, food drives, collecting books and back packs, and other things for our community and beyond, but I did not realize how great it actually was until I was a part of it," she said.

It was the second "Salute to Kids" game sponsored by Boeing at Safeco Field this year. In April, the first-pitch honor went to 10-year-old Maia Seeley. She was selected by Seattle's Children's Hospital after winning a poster contest for National Poison Prevention Week.

"Excited and nervous" was how Seeley described the anticipation of her first pitch. Her mom, Andrea Seeley, was grateful Boeing put Maia on the mound.

"It's a very important message to get out there," Seeley said. "I'm thrilled she's being recognized for something that will help a lot of people."

Depending on which fan you ask, the lasting memory from August's Salute to Kids may be the free Mariners backpacks sporting the Boeing logo that all kids received, or the ballpark food -- or the Mariners' win that day.

For the Ohlsons, however, there was clear consensus about the most memorable moment.

"Because of the wonderful things that Boeing does for the community, my son got an experience of a lifetime. It will be something Wyatt and I will never forget," Jeriann Ohlson said. 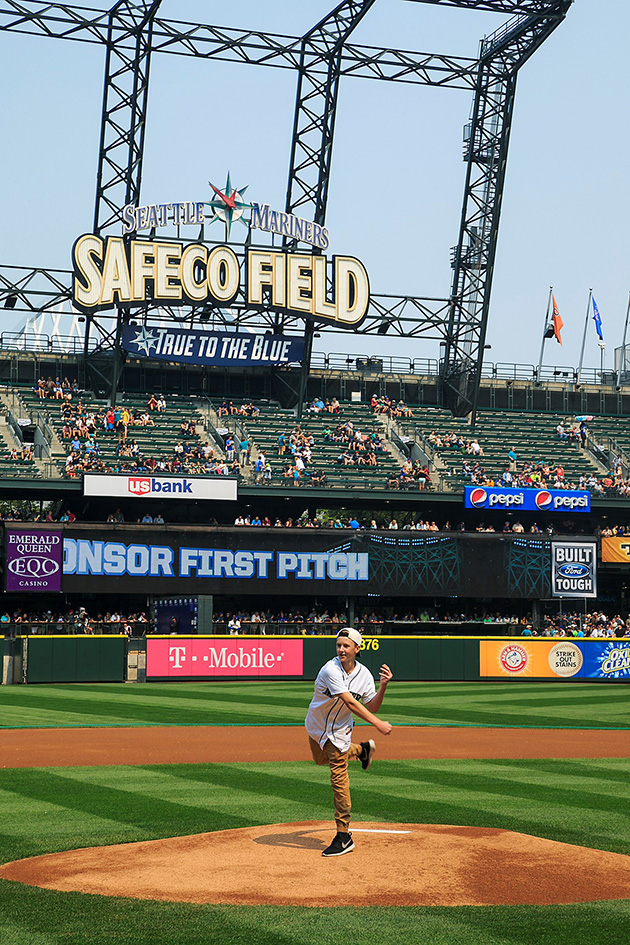 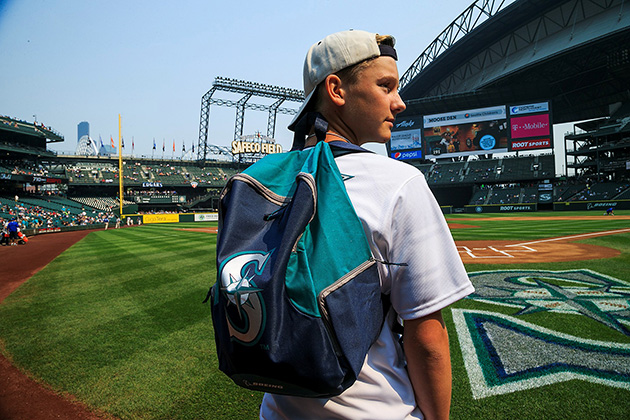 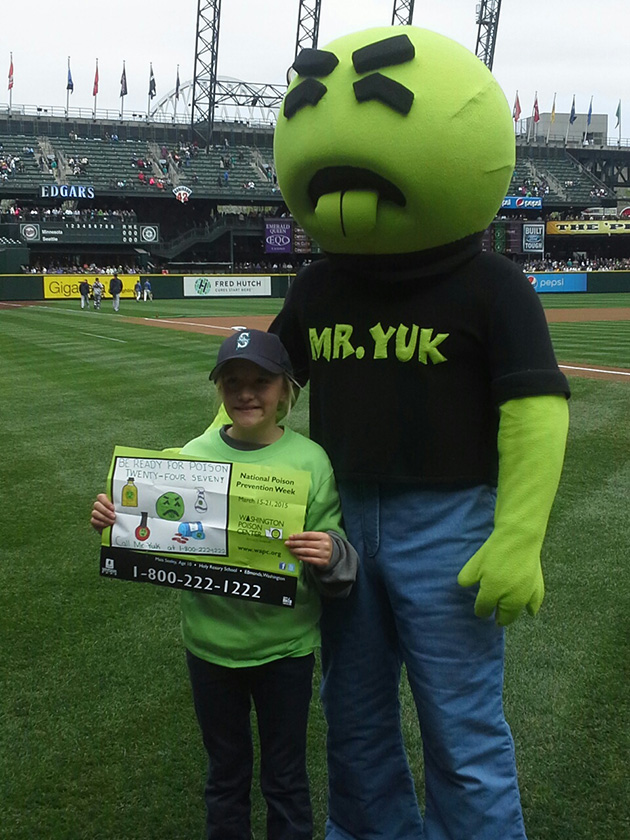 Prior to throwing the ceremonial 1st pitch on April 26, ten-year old Maia Seeley stands with "Mr. Yuk" and the poster she created that won the Washington Poison Control Poster Contest.