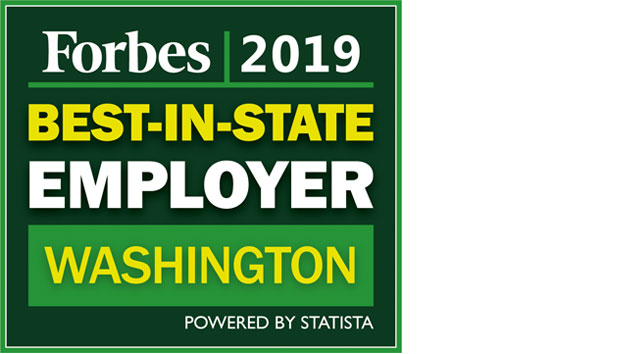 Boeing’s investment in employee development and building a culture of continuous learning is paying off. In Forbes’ first-ever ranking of America’s best employers by state, Boeing was ranked No. 1 in three states based on an independent survey of more than 80,000 workers in the U.S.

In the state of Washington, where nearly half of the company’s workers are employed, Boeing ranked third. Employees voted Boeing the best employer in Missouri, Oklahoma and South Carolina.

Boeing also ranked as a top 10 employer in Arizona, California and Texas.

Michael Cox, Boeing’s vice president and global head of talent, pointed to the company’s reinvestment in its employees and their growth, whether it’s the unlimited tuition assistance for STEM education or the $100 million committed to reskilling and retraining employees.

“Our mission is to connect, protect, explore and inspire,” Cox told Forbes. “At Boeing, there’s a tight relationship between what we say and what we do.”

Cox said Boeing’s stellar reputation for career advancement not only attracts top talent but retains it.

“Attrition at Boeing is lower than at any other employer I’ve ever been with,” said Cox, who has worked at Bank of America, eBay and Walmart. “People . . . could be here 40 years and have had multiple careers in various areas of the business.”

Only Costco with nine No. 1 state rankings had more than Boeing, which tied Google with three.

Find out more about the Forbes story, list of state rankings and methodology.