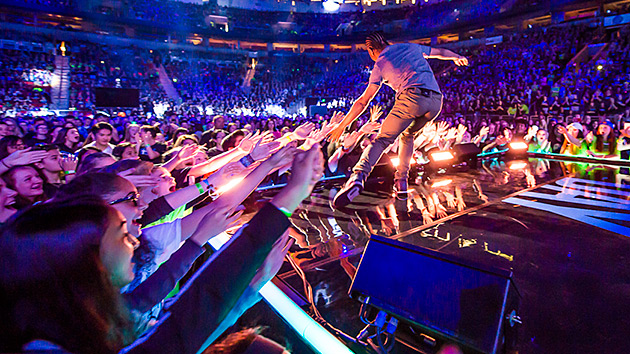 An audience of 15,000 packed into KeyArena in Seattle, Wash. for We Day. Students held signs and took cell phone photos during the 5 hour performance.

For approximately 15,000 teenagers and teachers in Washington state, it was a day in which high-profile athletes, actors and teenage idols turned the tables to honor them as world-changing celebrities.

The students were from approximately 500 schools across the state and descended upon KeyArena in downtown Seattle for a star-studded annual We Day extravaganza. They couldn't buy tickets, but earned attendance after serving as leaders in their schools or communities through a year-long program called We Act.

Boeing is a presenting sponsor of WE Day Seattle which recognizes those hard-working students and teachers a big way while inspiring them to continue to make a difference.

“Every one of us can dream up new and exciting ways of doing things. That imagination, that spark that pushes us to create new things, that’s what makes us all engineers,” said Nicole Lambert, an aspiring engineer and graduate of the Washington Aerospace Scholar program. "Just imagine what Boeing’s next 100 years will hold!”

Lambert spoke about the transformational role the WAS program – in-part sponsored by Boeing – has had on her life and career plans. And she took the stage among celebrity speakers who ranged from singer-songwriter Paula Abdul and Seattle Seahawks football coach Pete Carroll to a bevy of teenage TV idols. Each commended the work students and teachers undertake in their communities and encouraged the enthusiastic crowd to continue and to change the world.

Watching Lambert in the audience with pride was Melissa Edwards, director of Digital Learning, Washington Aerospace Scholars at The Museum of Flight.

“Boeing has been great about pulling different groups together; merging Nicole from our WAS program and We Day is great example,” Edwards said of her recent graduate. “We feel honored to be a part of this. It’s exciting to see so many engaged and inspired students.”

The roughly 50 Boeing employees volunteered at We Day said they were equally engaged and inspired. Many signed up via the REACH organization that helps newer Boeing employees develop skills and to become involved in local communities.

“To see Boeing sponsoring organizations that reward kids for giving back to their communities shows how ingrained that is in our culture and how invested we are in the future of our communities,” said Kate Aherne from Human Resources in Everett, Wash., who helped coordinate Boeing volunteers.
Kristan Locke, who works in Supplier Management in Bothell, Wash., felt the same way.
“Just experiencing the energy of the kids when they see they can change the world is amazing,” she said.
Students attending WE Day soaked up all they could during more than five hours of performances. They said they left with inspiration to take on new challenges.

“This has been super awesome,” said Joslyn, an eighth grader from Olympia, Wash. “Now I really want to keep helping out in my community and have it spread around the world.” 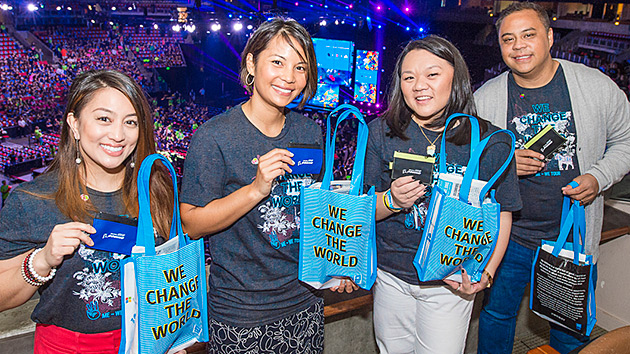 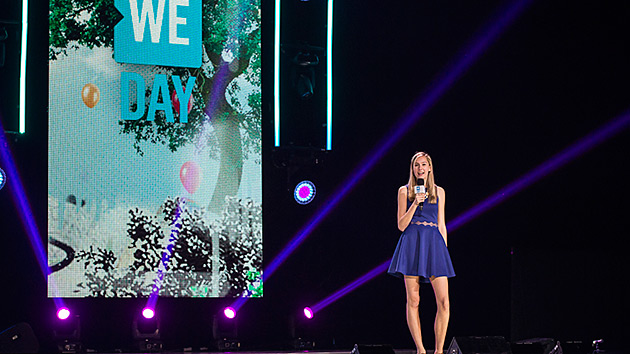