Composite carbon fiber once destined for landfills is finding a second life on the ecoDemonstrator 787 flight-test airplane — and helping change the way Boeing looks at carbon fiber trim scrap.

That material is combined with resin, then reprocessed and molded into high-performance parts such as the eight wing-access doors installed on the ecoDemonstrator 787 that began flight tests recently. This use on the wing-access doors, which are used for maintenance, marks the first time that recycled carbon fiber from aerospace parts has been remade into hardware qualified for commercial airplane flight. 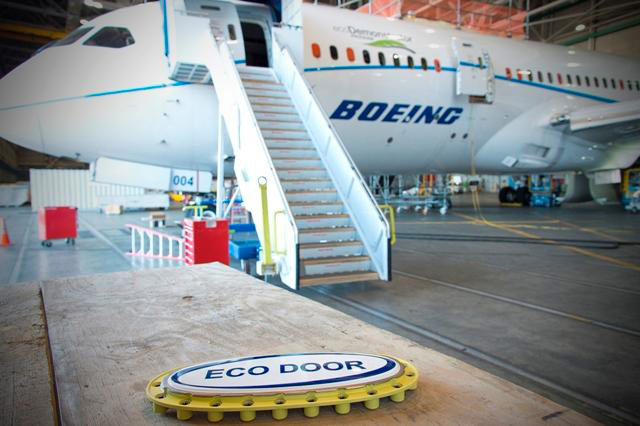 The ecoDemonstrator program is Boeing’s development and test program that focuses on improving environmental performance by bringing new technologies, materials and methods to implementation faster than ever before.

Scaling up the use of recycled composites could have significant environmental benefits if technologies and processes can be commercialized to meet cost requirements, program officials said.

It also would divert hundreds of thousands of pounds of composite material from landfills in the coming decades, and it would enable lighter designs and reduce material use compared to current processes to make new parts.

Boeing is no stranger to reusing excess materials. The practice goes back decades, with similar resourcefulness to recycle excess aluminum. 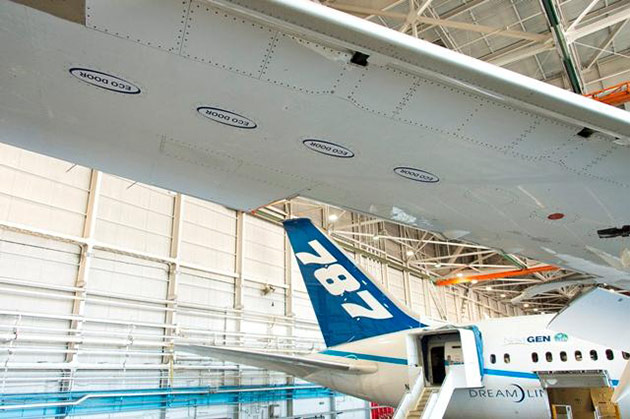 With the increased use of carbon composites in Boeing airplanes, such as the 787 and 777X, the company is looking for new ways to re-use and recycle carbon fiber and composite scrap from production. The company’s excess or recycled carbon fiber already is being used to make parts for cars, electronics, kayak paddles and other sports equipment. With successful flight test and process scale-up, recycled carbon fiber parts could find their way onto several programs, including the 787 and the 777X.

The work supports Boeing’s Build a Better Planet environmental strategy and, by 2017, the company’s goal of zero absolute growth in the solid waste it sends to landfills.