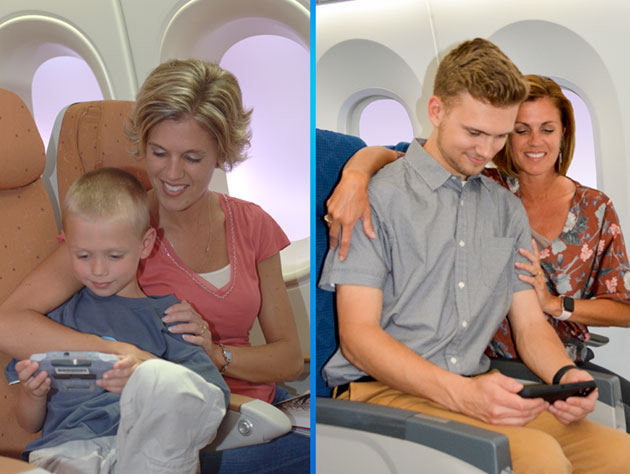 The Schwarks call themselves a “Boeing family.” And for good reason. Three out of four of them currently work for the company in Washington. But if you ask Boeing Intern Keaton Schwark when he got the bug to join the “family business,” you might be surprised to learn it was because of a photo.

Sixteen years ago, during the early development of the 787 Dreamliner, Human Resources Business Partner Kari Schwark was asked if she and her family wanted to take part in a marketing photo/video shoot. What followed was a photo of her and her son Keaton sitting in the airplane mockup that was used extensively in promotional materials.

“They wanted to show a family next to the enlarged windows of the yet to be released 787 Dreamliner,” Kari said. “It sounded like a fun opportunity, so we went for it.”

Keaton, just five years old when the photo was taken, remembers touring the mockup of the airplane and being awed by the experience.

“From when I was little, I’ve always had such a fascination with airplanes,” Keaton said. “I remember walking through the buildings and enjoying the process. I also had my Gameboy, so I was content.”

The photo of Kari and Keaton was used in a marketing book for the 787 program and ended up being spread across the aviation industry. The photo became so popular the program had it blown up, signed by the program chief engineer and gifted to the Schwarks.

“The picture always reminded me that Boeing was sort of in my blood,” Keaton said. “I think it sparked something in me.”

More than a decade and a half later, Keaton saw his dream realized when he officially joined the Boeing family, coming on as an engineering intern for the summer of 2021.

His exposure to Boeing from such a young age helped nurture his goal of pursuing STEM education. He says Boeing’s deep commitment to the Puget Sound region also helps inspire his peers.

“Everywhere I go, I see Boeing and being in college now, I’m able to tell with my peers that aerospace is back on their radar,” he said. “The more we can inspire our youth, from STEM in K-12 through university, the better off the industry is going to be.”

Keaton hopes to land a fulltime job with Boeing at the end of his internship. 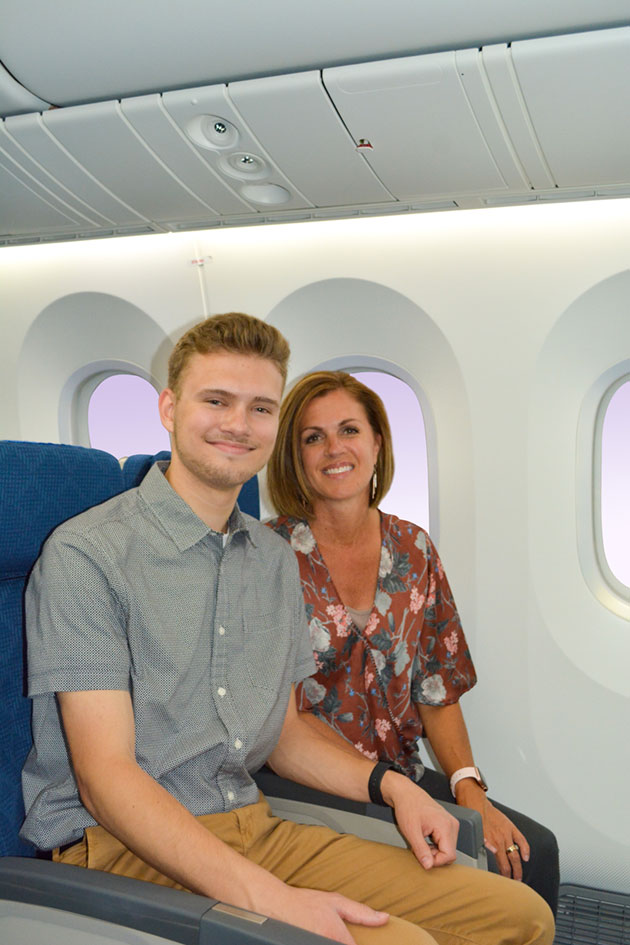 Boeing employees Keaton (left) and Kari (right) Schwark back on a 787 Dreamliner.