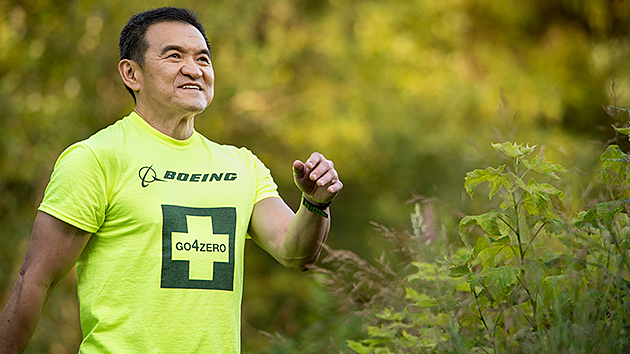 Employees participate in a variety of well-being programs including health screenings and the Boeing on the Move physical activity challenge. Boeing recently received recognition from the National Business Group on Health for its workplace well-being programs.

Boeing has been recognized with a Best Employers for Healthy Lifestyles award from the National Business Group on Health, a nonprofit organization in the United States.

Boeing was recognized at the Platinum level, which this year was awarded to only 13 employers in the U.S. with exemplary workplace well-being programs. A total of 55 U.S. companies received awards at the Platinum, Gold and Silver levels.

This is the fourth time since 2012 that Boeing has won the award. Boeing also was one of five U.S. companies that received the Top Honors designation from the panel of judges, according to Brian Marcotte, president and CEO of the National Business Group on Health.

“We are honored to receive this important recognition of our efforts to provide holistic mind and body well-being programs and benefits,” said Heidi Capozzi, senior vice president of Human Resources. “Boeing is committed to supporting the people who tirelessly innovate to connect, protect, explore and inspire the world.”

Since its inception 12 years ago, the Best Employers for Healthy Lifestyles awards have recognized companies in the U.S. that are committed to improving their employees’ physical health, productivity and overall quality of life, according to the National Business Group on Health. This year, the awards program was expanded to incorporate a wide range of well-being factors, including job satisfaction, community involvement, financial security, emotional health and social connectedness.

Boeing received this year’s awards at a time when its Voluntary Investment Plan ranked second on a list of large plans ranked by miEdge, a business intelligence data analytics firm. The plan also scored second in Bloomberg’s 401(k) qualitative rankings for 2015.

“Boeing’s Well Being programs have evolved to include new technology-focused programs, more assistance with retirement and financial planning, and partnerships with Safety and Global Corporate Citizenship to enhance multiple facets of employees’ lives,” said Demi Hannon, director of Well Being and Retirement Strategy. “Our goal is [to] engage the right employees in the right programs at the right time. At the end of the day, the most important thing is the quality of life of our employees and their families.” 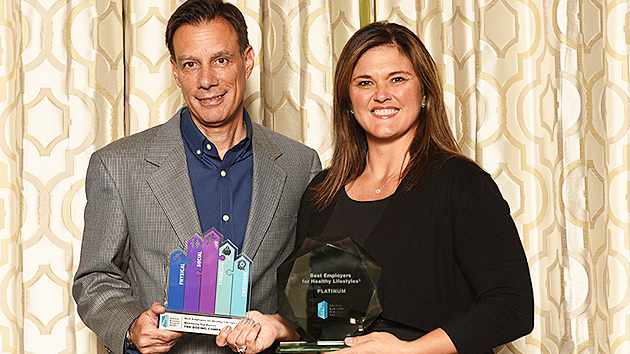 Tara Sherman (right) of Boeing’s Well Being strategy team accepts the Best Employers for Healthy Lifestyles award from Brian Marcotte, president and CEO of the National Business Group on Health, at the group’s fall conference in Washington, D.C.