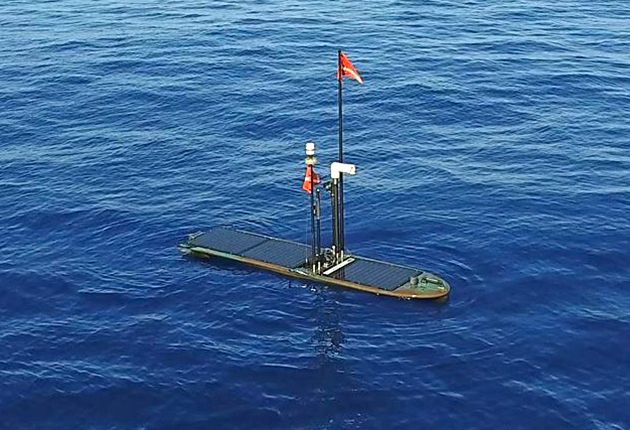 The Wave Glider is a 3-meter-long uncrewed ocean robot that can conduct research for months at sea.

As Boeing engages in Earth Day activities throughout April, its innovations continue to make the world better — across the skies, into space and to the bottom of the seas. One of these innovations — an uncrewed ocean robot called the Wave Glider — recently completed a two-week swim to advance environmental sustainability efforts.

Nearly 8.8 million tons of plastics a year flow into the oceans.

“What we see on the surface is just the tip of the iceberg,” said Danny Merritt, staff engineer and National Oceanic and Atmospheric Administration project manager at Boeing company Liquid Robotics, which makes the Wave Glider. “From fishing nets to single-use bags and bottles, plastic doesn’t just disappear. It persists in the form of microplastics that threaten our food chain as they’re digested by sea life. This research will help us improve our understanding of what happens below the surface.”

Liquid Robotics designed the Wave Glider about 15 years ago, and in 2014 Boeing began partnering to equip the vehicle with advanced sensors for surveillance and reconnaissance capabilities.

In collaboration with Jupiter Research Foundation, Wave Glider “Mando” used a novel autonomous microscope to gather data on microplastics off the coast of Hawaii in March. The information complements standard oceanographic and atmospheric sensor data, which NOAA will evaluate.

“The Wave Glider provided invaluable information on a huge problem we know very little about,” Airplane Environmental Sustainability leader Christin Datz said. “In addition to enabling Boeing to be an environmental steward in a new area, Wave Gliders play an important role in advancing our autonomous capabilities.”

Wave Gliders are propelled by waves and solar power. An umbilical attaches the 3-meter-long vessel to a sub equipped with wings, which translate wave energy into forward motion.

Wave Gliders support a broad spectrum of ocean research, including weather and climate modelling, tsunami and seismic monitoring, fisheries research, and support of offshore energy. Overall, the uncrewed surface vessels have spent more than 44,200 days at sea and traveled about 1.5 million nautical miles across five oceans, surviving shark attacks and 17 hurricanes along the way. 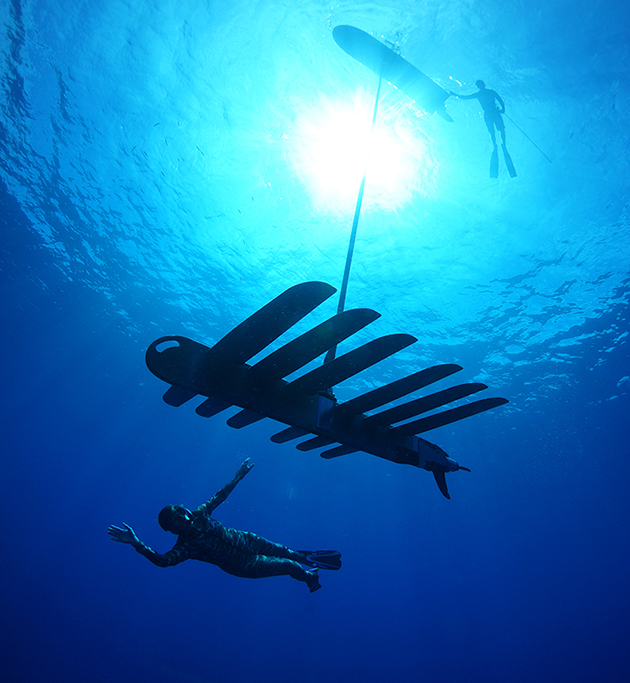 Wave Glider “Mando” swims near a Liquid Robotics support ship as it’s prepared for a mission to measure microplastics near the island of Hawaii.