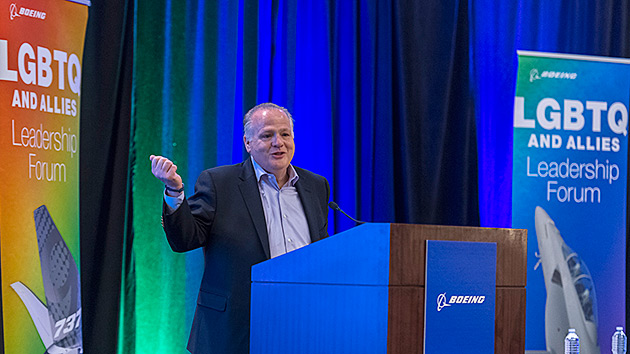 Boeing’s business resource group for employees who are LGBTQ and allies just unveiled its new name.

The group comprises employees who are both part of, and allies to, the LGBTQ community. It provides educational resources, community outreach and service opportunities to employees of all orientations and gender identities.

“I feel it’s my responsibility to employees here and people out in the community to share that Boeing is a place that supports them in all of who they are,” said Damarcus Alexander, a Global Trade Controls employee and leader of Oklahoma City’s BEPA organization, in a video that premiered at the event.

Boeing also announced at the event its intent to be “Host City” sponsor for the 2018 Out & Equal Workplace Summit in Seattle, as well as in 2019 in Washington, D.C.

“The work that BEPA does in our local communities and at our work locations is invaluable,” said Tim Keating, executive vice president of Government Operations and BEPA executive sponsor. “It’s something we want to continue to encourage and support.”