High school students from Mountlake Terrace, Wash., rather than Boeing engineers, were asked to perform this task. The end result: They might want to do this for a living.

From an unusual partnership between Boeing and Mountlake Terrace High School, the classroom project evolved into a factory tour. This one was different from most because it offered riveting training and more, followed by Boeing leaders visiting the school to inspect final prototypes. 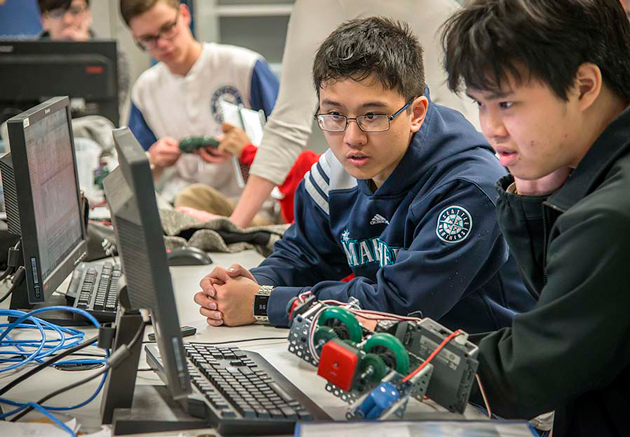 Aaron Quach (left) and Jonathan Thiem, students at Mountlake Terrace High School in Washington state, work on a class project that involves designing an efficient airplane wing. The project between Boeing and the school gave the high-schoolers an inside look at working in the aerospace industry.

Out of this exchange, Mountlake Terrace students were urged to consider careers in aerospace — and to dream big in any line of work they pursue. Boeing, on the other hand, might have encountered earnest machinists and engineers in the making, certainly individuals already with a keen eye to future possibilities.

“Look at planes through history, and they look about the same, the same aerodynamics,” said Chris Ban, a Mountlake Terrace junior. “Planes in 50 or 60 years obviously will be of a different shape. I want to be part of that.”

Ban and his classmates attend school just a dozen miles south of the Boeing production factory in Everett, Wash., their close proximity creating a natural affinity for the airplane-making world. The students were asked to build the wing join part for an aerospace engineering class in the school’s science, technology, engineering and mathematics (STEM) program. 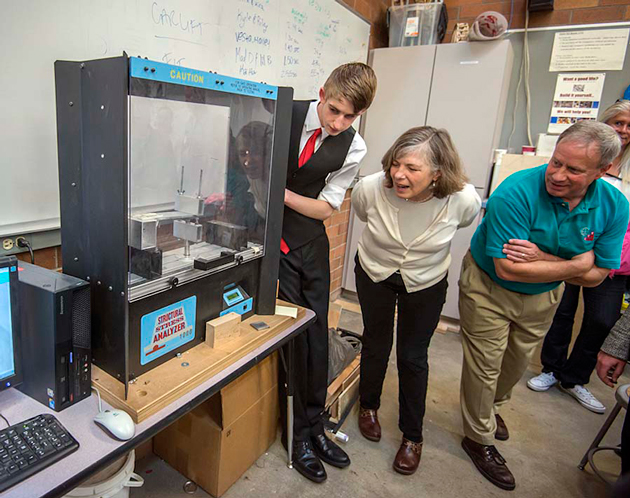 To help move the class assignment along, Mountlake Terrace teacher Craig Devine, a former mechanical engineer, asked Boeing if his students could tour the factory, only to receive a close-up look at real-world engineering. Boeing Training & Compliance, with assistance from the Future of Flight, arranged the visit, one of 36 tours for technical schools, public schools and colleges it has supported this year.

Early this year, the Mountlake Terrace students were shown the Everett factory from all angles. They learned about Boeing engineering and participated in production methods. They were outfitted in safety equipment and taught how to rivet and encouraged to climb inside a 767 mockup wing to see how a job is done in tight quarters.

“I thought Boeing was mainly engineering, that you just sit in an office and do math problems,” Mountlake Terrace student Bukhari Shakil said. “It’s more like a city. People come from different parts of the world to do different things there.” 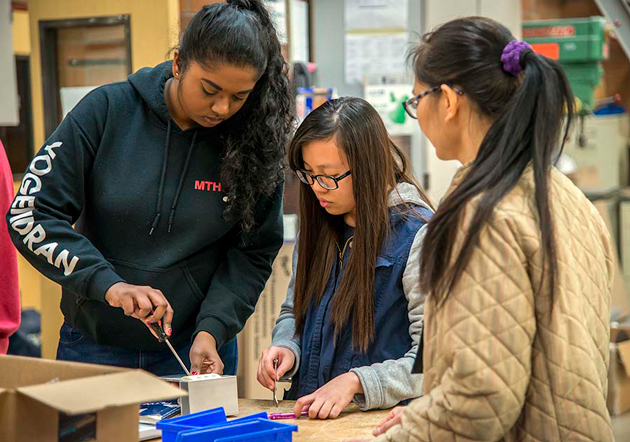 The school’s aerospace interest brought Laura Bogusch, the director of architecture, capabilities and systems in Boeing Manufacturing and Safety, to the Mountlake Terrace High campus, accompanied by managers and engineers. Bogusch and the others answered student questions and offered approvals of the completed wing join parts. They were shown other STEM-related projects involving robotics, a wind tunnel and a laminar flow tank.

“I think it’s awesome you have this opportunity in high school,” Bogusch told the students. “It was science and math that allowed me to have an opportunity at Boeing, and I encourage you to stick with it. You can do anything you want to do if you open your mind to the possibilities.”

“I’ve always loved airplanes fand anything that flies,” Mountlake Terrace student Domenic Spino said. “Boeing just seems like a great place to work. Everyone seems to like it there.” 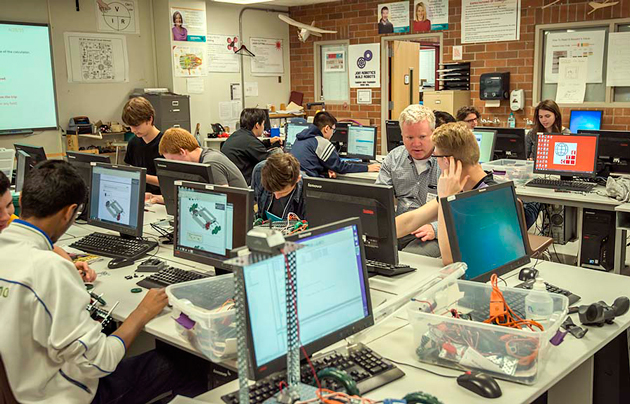 Eric Dow (center right, facing), a Boeing senior manager in training and compliance, talks with students at Mountlake Terrace High School who were asked to build an airplane wing as a class assignment.