The P-8 is a collaboration between Boeing Commercial Airplanes and Defense, Space & Security. The Boeing teams work together from start to finish to bring this amazing aircraft to the warfighter.

The P-8 is a military derivative of the Boeing 737 Next-Generation airplane, which means assembly begins in a Boeing Commercial Airplanes factory. After the P-8 receives a new coat of paint, it heads from the commercial factory to a defense factory. That’s where the P-8 receives the defense systems that make it a multi-mission maritime patrol aircraft. 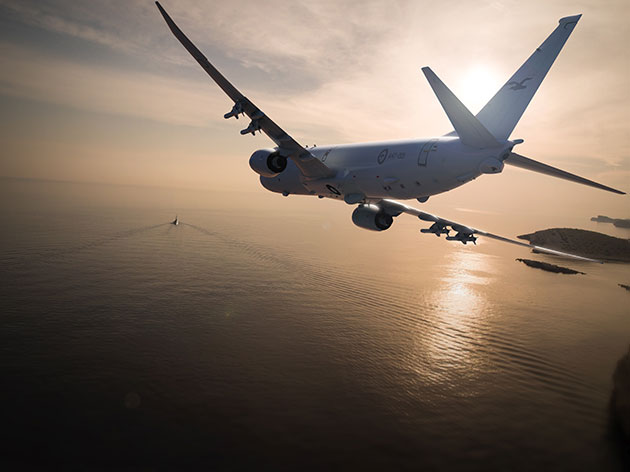 Latest Story in Our Commitment