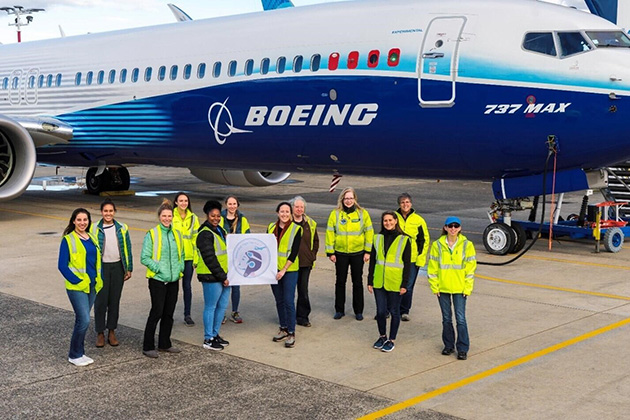 Last week, sky-watchers in the Puget Sound region might have noticed a 737-10 up above, completing a developmental flight test. What they might not have known was that there was something special about the crew onboard: it was made up entirely of women. 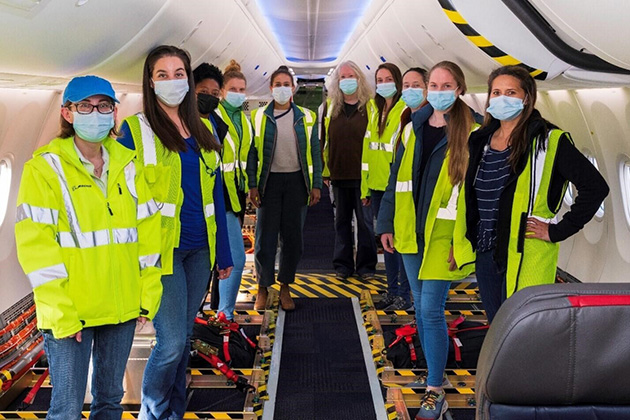 The developmental flight test was part of the 737-10’s certification process, with the crew responsible for gathering initial stability and control data that will be used to certify the aircraft for commercial use. Everyone on board was responsible for monitoring and recording information during flight.

Although the team isn’t aware of any other flight tests with all-women crews, it’s rare that a flight test will have a crew entirely made up of women, Katan said.

“It’s so much more special to be one of many than it is to be the only one,” Katan said. “That was something that was really unique about this flight, instead of being one standout woman. It was really special to see what this meant to everyone on the crew.”

Chief Pilot Jennifer Henderson was also proud to have been a part of the flight, pointing to Boeing’s commitment to women in aerospace.

“Because we’ve paid attention to diversity and inclusion over the years, this is what’s possible,” she said. 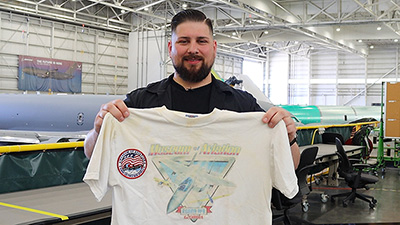