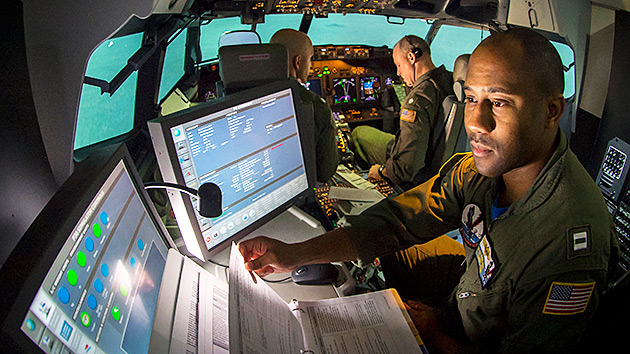 Boeing has installed a new P-8A Poseidon training center at Naval Air Station Whidbey Island, Wash., as the base begins preparations for the arrival of P-8 aircraft beginning in 2017.

"70 percent of the training we do for our P-8 crews happens in this building," said U.S. Navy Rear Adm. Kyle Cozad. "That is going to make that wonderful aircraft last longer and longer. As much as 45 years."

The complete training system uses simulators and classroom-based materials to train pilots and mission crews to operate the aircraft, its sensors, communications and weapons systems without relying on live flights.

"Integrated ground-based training is a critical component of U.S. Navy operations," said Tom Shadrach, Boeing P-8 program manager of the Training Systems and Government Services team. "Boeing’s seamless and comprehensive solution will train aircrews effectively and efficiently before they ever leave the ground."

The aircrew training devices installed at Whidbey have the same configuration as the aircraft that will be stationed there next year. Boeing is on contract to modify and provide concurrency updates to the training devices over the next three years.