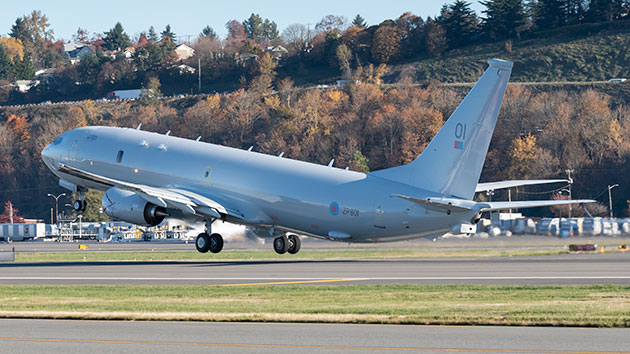 The first P-8A Poseidon maritime patrol aircraft for the United Kingdom's Royal Air Force takes off on its delivery flight from Boeing Field in Seattle, Wash. The aircraft will spend several weeks at the U.S. Naval Air Station in Jacksonville, FL. before ferrying to its base in Lossiemouth, Scotlan

The P-8 is a derivative of the 737NG and is built in-line on the 737 production line in Renton, Wash., taking advantage of the efficiencies and economies of scale of that production system.  From Renton, it moves to the defense facility in Tukwila, Wash., where military systems are installed and tested before delivery to the customer.

Speaking to attendees at the delivery ceremony, Air Marshal Andrew Turner, deputy commander for Capability for the Royal Air Force, spoke of the “profound challenge” of enemy submarines threatening the U.K. and other nations. “P-8 is the key to solving this challenge on the surface, the sub-surface and in the waters of the North Atlantic. There is no place [for our enemies] to hide. We will make the oceans transparent and we will prevail.” 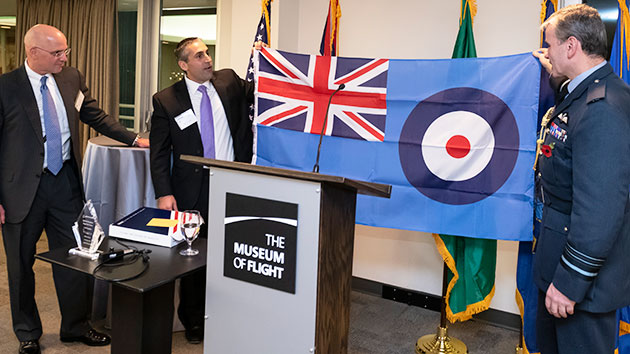