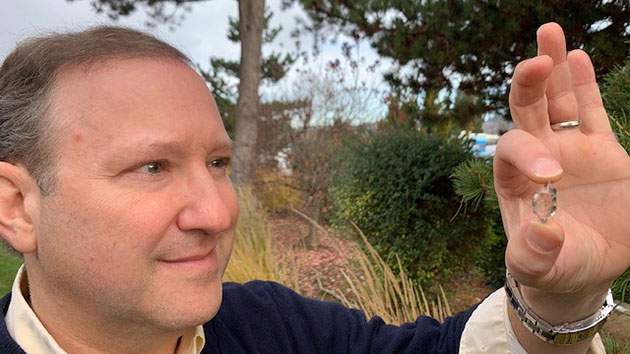 Boeing environment expert Nick Garson displays a Herkimer “diamond,” a unique kind of quartz found near where he grew up in Upstate New York.

Boeing environment expert Nick Garson remembers being awestruck as a boy in Upstate New York while “mining” for Herkimer “diamonds,” which are known the world over for their special powers and metaphysical properties. Here in Washington, Garson’s special powers are to restore soil, water and habitat on behalf of Boeing.

His early fascination with science and rocks helped shape a career that includes several degrees in geology and brought Garson to Boeing in 1998, where he has played a big role in establishing the company as a global leader in sustainable remediation.

“Sustainability is all about balance,” Garson said. “Our remediation projects take a balanced approach to conserving natural resources and biodiversity, enhancing the quality of life in surrounding communities and ensuring the overall economic viability.”

He proudly points to examples of innovative, sustainable remediation projects and technology that are improving Boeing’s environmental footprint at sites stretching across the Puget Sound and the globe:

Even with so much on his Boeing plate, Garson plays an industry leadership role as a member of the Sustainable Remediation Forum (SURF), and support for the International Aerospace Environmental Group (IAEG), which promotes industry solutions to global environmental issues.

When he’s not working to improve the environment, Garson makes a point of getting outside to enjoy it. During winter weekends, he can often be found hitting the slopes at the Crystal Mountain Resort as a member of the volunteer ski patrol, trying to encourage skier safety and admiring the geological wonders of the Pacific Northwest.

“I’m so grateful to have a job where I can bring together my personal passion for the environment with promoting a more sustainable future through my remediation work at Boeing,” Garson said.

By Patrick Summers and Monica Zimmer 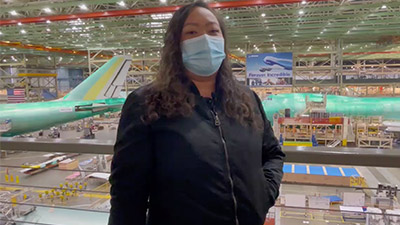