For decades, two-wheeled bicycles have been a common sight inside Boeing's twin-aisle facility in Everett, Wash. As the largest manufacturing building by volume in the world, bicycles have made sense as a quick and easy way to get around and transport small items.

But the massive Everett site is a dynamic, industrial environment with movement in every direction. In an effort to provide employees with a steadier self-powered vehicle in the busy manufacturing environment, Boeing recently made the move to phase out all of the two wheeled bicycles and transition to tricycles.

"With railroad cars coming in and all the movement we have in the factory, we want to make sure people are as safe as possible," said Jonny Edwards, the Bike to Trike project manager. "By eliminating any tipping hazards with two-wheel bicycles, we've transitioned over to this."

The switch meant as many as one thousand bicycles were out of a job, but only momentarily. Boeing decided to donate all of them to World Vision, a Seattle-based charity, to distribute to the global network of health care providers and small villages they assist around the world. It is in the single largest donation of bicycles to the charity in its 65-year history.

"In the developing world, it's difficult to get places. And a bicycle means that people can move four times faster than by just walking," explained Jennifer Hawley, senior director of corporate engagement at World Vision. "Bicycles mean that people can get jobs, they can use them for their livelihoods. It's absolutely a game changer."

World Vision has already shipped the first container of bicycles they received to Zambia. Most will be distributed to communities in developing countries throughout Africa and beyond, while several hundred are earmarked for local distribution as well.

While Everett employees say that giving up their bicycles will take some time to get used to, they feel great about where they're headed. "It's good that we recycle and renew," said Sue McGruder, an Everett quality manager from astride her bike. "It's a good thing." 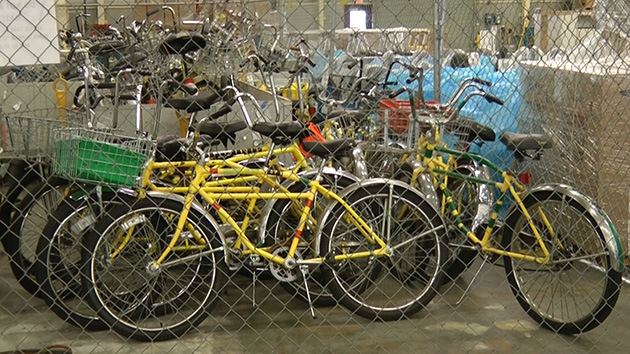 Bikes that have been turned in by employees in Everett, Wash. await transport to World Vision headquarter. 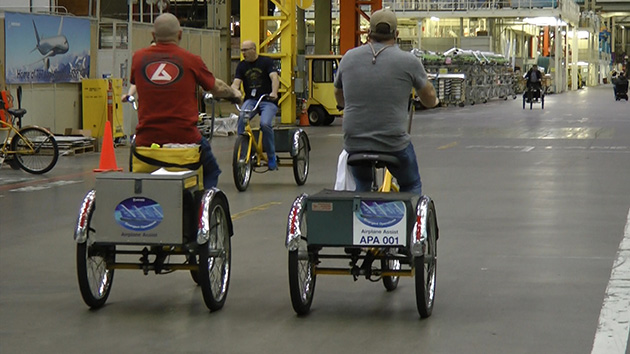 Tricycles are replacing the two-wheeled bicycles and are now a regular sight in the Everett, Wash. factory. 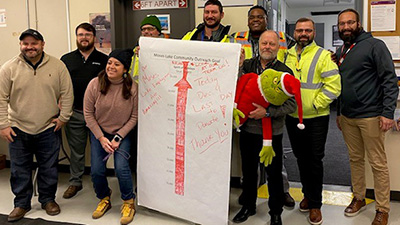