Whether they’re towing a 787-themed hydroplane at Seafair’s Torchlight Parade or explaining the intricacies of how the sleek boats skim across the water surface, Boeing employees like Donny Jones help ensure the yearly celebration is a memorable community event.

Boeing was a prime sponsor of the 67th annual Seafair festival last weekend in Seattle. The company provides a wide range of support including transporting heavy equipment and shuttling approximately 6,000 people through its Licensed Transportation group; emergency services with the company’s Security & Fire Protection marine unit on Lake Washington or hosting the Blue Angels at Boeing Field. Boeing employees also staffed the FIRST Robotics tent designed to challenge and inspire the next generation of engineers and creative thinkers.

“When Boeing does stuff like this it makes me proud to work for this company,” said Jones, a Shared Services Group Licensed Transportation truck driver who has logged more than one million safely driven miles for the company.

But Jones is far from the only Boeing employee contributing to community’s summer event. Licensed Transportation had about 45 employees participating in Seafair preparations and events. Several dozen members of the Boeing Employees Veterans Association (BEVA) signed up to wrangle a massive Blue Angel hot air balloon along the Torchlight Parade route. BEVA has nearly 1,000 members in Washington state alone.

“Boeing does a lot for the community,” said Dave Thomas, of 737 Customer Quality Support and BEVA member. “I’ve been with Boeing all over the world. Being able to come back home and do something like this, it’s pretty special.” His fellow marcher and BEVA member George Mable agreed. “It means Boeing’s a part of the community,” said the 737 employee. “We’re very visible.”

Boeing’s Security & Fire Protection provided personnel and its marine unit to cruise the waters of Lake Washington near the log boom where Seafair crowds gather to watch the hydroplane races. Joining the Boeing Security & Fire team on board were several divers from the Seattle Fire Department.

“Our main job is to stand by and rescue people in the water in distress and provide support to medical emergencies in the log boom area,” said Jeff Kinne, deputy fire chief of the Boeing Renton site.

Boeing provided support to the Blue Angels while at Boeing Field. Boeing truckers transported supplies for the Blues from the Whidbey Island Naval Air Station in Oak Harbor, Wash.

Boeing drivers also hauled boat cranes to Stan Sayres Memorial Park on Lake Washington – the base of operations for the weekend hydroplane race. Boeing shuttle drivers transported other employees and race-goers from the scattered parking lots to the entry of the park.

“It is fun to be down there and realizing what Boeing is giving to the community” said Boeing Passenger Services driver Dennis Agnew. “It is just a joy to do this. It is all about meeting and greeting people and what Boeing gives back to the community.”

In addition to all of the work on the ground and in the water, Boeing was well represented in the skies as well. This year the 737 MAX made its Seafair debut over Lake Washington during the Boeing Seafair Air Show and once again, the ever-popular Blue Angels performed in their Boeing FA-18s.

By Mick Boroughs and Deborah Feldman 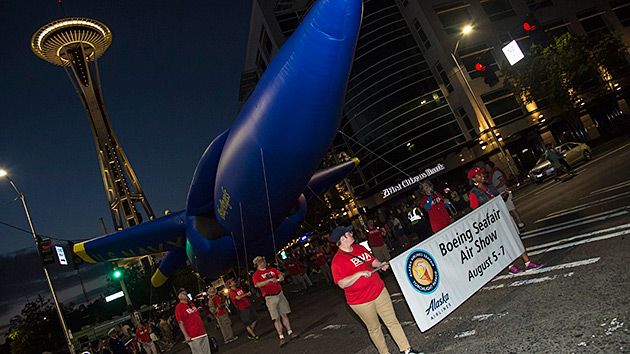 Members of the Boeing Employees Veterans Association guide a Blue Angels balloon through Seattle streets during the Torchlight Parade. 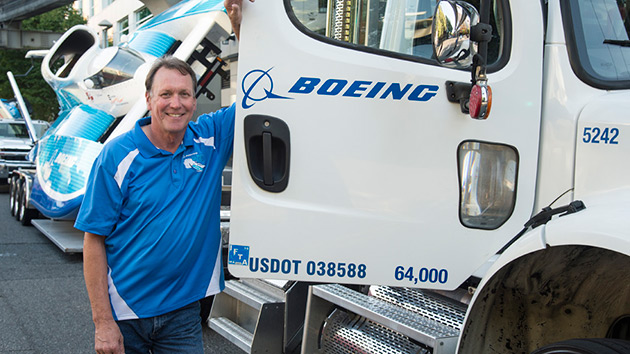 Boeing employee Donny Jones with Boeing Transportation drove the 787-themed hydroplane through the Torchlight Parade before spending the weekend volunteering in Genesee Park. 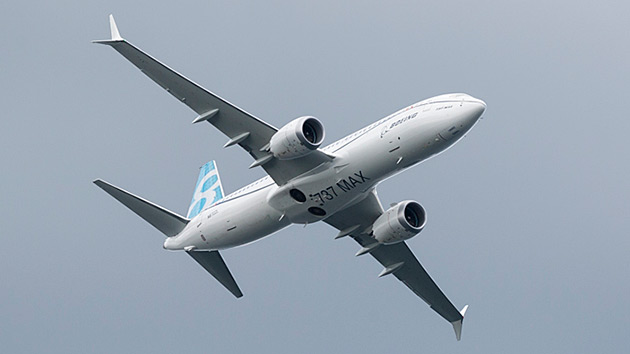 The 737 MAX made its Seafair debut over Lake Washington during the Boeing Seafair Air Show. The 737 MAX surpassed 1,000 flight test hours this summer.

Developing Manufacturing Talent for the Future