Boeing is working with all-737 customer Alaska Airlines and the Port of Seattle to move toward a significant environmental goal: powering all flights by all airlines at Seattle-Tacoma International Airport with sustainable aviation biofuel.

At the airport, executives for the port, the airline and Boeing signed an agreement to launch a $250,000 study that will assess the costs and infrastructure needed to deliver a blend of biofuel and petroleum jet fuel to airplanes there. The airport, commonly referred to as Sea-Tac, is the first in the United States to lay out a long-term road map to incorporate aviation biofuel into its fuel infrastructure in a cost-effective, efficient manner.

Alaska Airlines, the airport's largest carrier and leader of its fueling consortium, wants to incorporate biofuel into flight operations at one or more of its hubs by 2020, said Joe Sprague, the carrier’s senior vice president of communications and external relations. He added that Sea-Tac is the first choice for the Seattle-based airline.

“Biofuel offers the greatest way to further reduce our emissions,” Sprague said. “This study is a critical step in advancing our environmental goals and stimulating aviation biofuel production in the Pacific Northwest.”

The partners’ longer-term plan is to incorporate significant quantities of biofuel into Sea-Tac’s fuel infrastructure, which is used by all 26 airlines and on more than 380,000 flights annually at the airport. Sea-Tac is the 13th busiest airport in the U.S. and will serve over 42 million domestic and international passengers this year.

Boeing, which partners globally to develop and commercialize sustainable aviation biofuel, is providing expertise about approaches to develop a regional biofuel supply chain to serve the airport, including fuel types, fuel producers, processing technologies and integration with airplanes.

“Sustainable aviation biofuel will play a critical role in reducing aviation’s carbon emissions over the long term,” said Sheila Remes, Commercial Airplanes vice president of Strategy. “Boeing, Washington state’s largest employer, is proud to work with our customer Alaska Airlines and the Port of Seattle to power every plane at Sea-Tac with a biofuel blend and lead the way for other airports to do the same.”

The port will manage the study and would handle the engineering and integration of biofuel infrastructure on port property, such as the airport’s fuel storage facility. Currently, aviation biofuels are not produced in Washington state and must be imported by truck, rail or barge.

Approved “drop-in” aviation biofuel is blended directly with regular petroleum-based jet fuel and used in airplanes without any changes to the aircraft or engines. A request for proposals for the infrastructure study will be issued in the spring, with the study expected to be completed late next year. 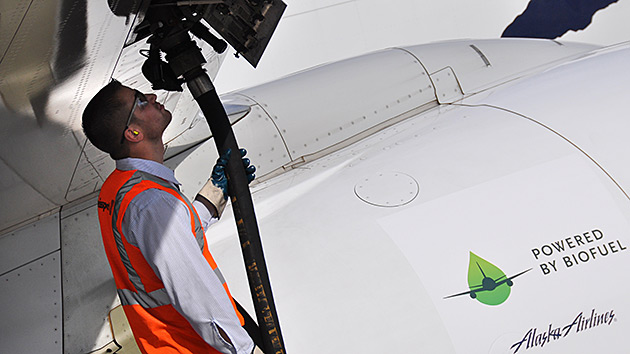 An Alaska Airlines 737-800 is fueled with a blend of petroleum jet fuel and sustainable aviation biofuel made from used cooking oil and waste animal fat in this 2011 photo. 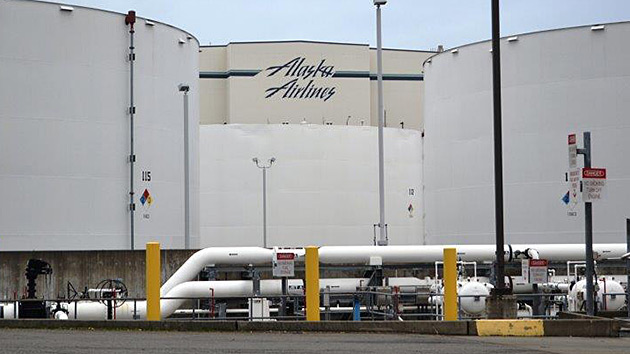