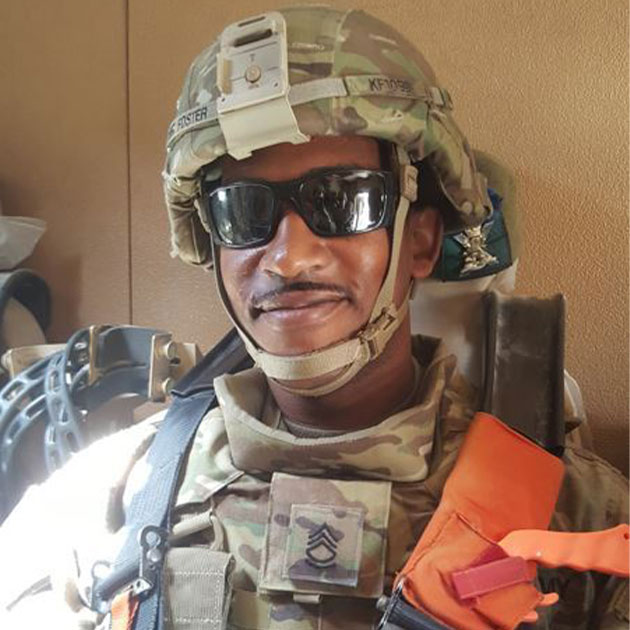 Seeing a new KC-46A Pegaus take off – from Boeing’s final assemby facilities in the Seattle area – to one of the tanker’s five U.S. Air Force operating bases, “always puts a smile on my face,” said Boeing’s Kareem Foster.

It’s dawn in the Pacific Northwest, a time when commuters often bemoan Seattle’s notorious traffic. Yet as Kareem Foster makes his way to work, he couldn’t be in a better mood. It’s delivery day.

“My heart is pumping on the way in,” Foster said, referring to those early mornings when he knows he’ll help turn over the “keys” to another all-new U.S. Air Force KC-46A Pegasus tanker aircraft, more than 50 of which Boeing has already delivered. “I’m stoked. I just can’t wait to get in and give that final review.”

As a quality-assurance manager, based at Boeing’s Military Delivery Center in Seattle, Foster is one of the many teammates who support the KC-46 program and who work to ensure a perfect product. However, Foster is one of the last Boeing employees “to put eyes” on each tanker aircraft the Air Force receives. Having served in the U.S. Army for 20 years, he knows that the warfighter is counting on him to deliver first-time quality.

Following his military career, Kareem Foster completed a Boeing-sponsored program that helped him transition to the aerospace industry. He later used his military and Boeing benefits to earn a bachelor’s degree in aeronautical science maintenance. Today, he leads a KC-46 Quality team.

“No detail is too small,” Foster said of the final inspections he and his team conduct in the days leading up to delivery. “We are looking to make sure the aircraft is safe and 100 percent ready to do its mission, but if a window is dirty, we take care of that too. We having nothing but the highest standards for every aircraft we build.”

Like Foster, many Boeing employees who support KC-46 production and ramp operations spent time in the military. “We are like a family,” he explained. “That sense of cohesion between Quality and Operations and the flight-line team is a lot like that cohesion we had in the military. These are people who are highly educated, highly disciplined and highly motivated.”

About 15% of Boeing’s U.S.-based workforce self-identify as veterans. The company has contributed more than $54 million during the past five years to programs that serve veterans globally.

Now that Foster is with Boeing, he often encourages other veterans to look at what the company offers. “I tell them there are endless opportunities here, things that other companies don’t offer,” Foster said. “If you work hard enough, you can be whatever you want.”

As for Foster, the thrills don’t end when an Air Force crew flies away with its newest KC-46A – though that does “put a smile” on his face. Nothing stops him in his tracks like seeing the aircraft he supports serving the men and women in uniform.

“Whenever I spot a KC-46 in the news, I try to find the tail number to see what part I might have had in it,” he said. “This aircraft is a great addition to the Air Force. It’s pretty exciting seeing it flying around the world doing exactly what we built it to do.”

You can learn more about Boeing’s KC-46 program and see examples of the KC-46A in action around the globe.

And to learn more about joining the Boeing team, visit Careers at Boeing.